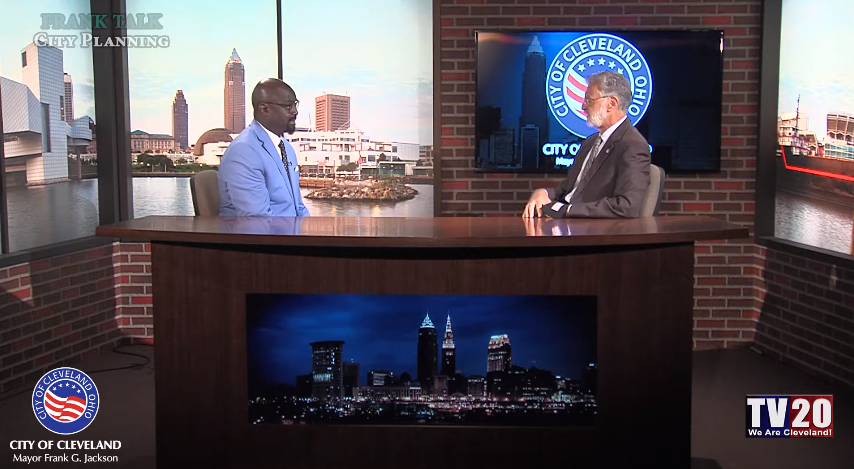 In this episode of Frank Talk, Mayor Jackson sat down with Director of City Planning, Freddy Collier Jr.

Director Collier was appointed as the Direct of the Cleveland City Planning Commission in 2014 by Mayor Frank G. Jackson. He began his career with the City of Cleveland in 1999 and has led several citywide initiatives. Director Collier believes that city development falls under four prongs: Regulation, Engagement, Advocacy, and Planning.

As we move in the 2020s, the Department of City Planning will begin on their new initiative for Cleveland. Concluding last year was the “Connecting Cleveland 2020 Citywide Plan” and before that the “Civic Vision 2000.” Now, Director Collier and his team will tackle setting a new goal for the next 20 years of Cleveland.

So grab a notebook, relax, and enjoy this information packed episode of Frank Talk – only on TV20!