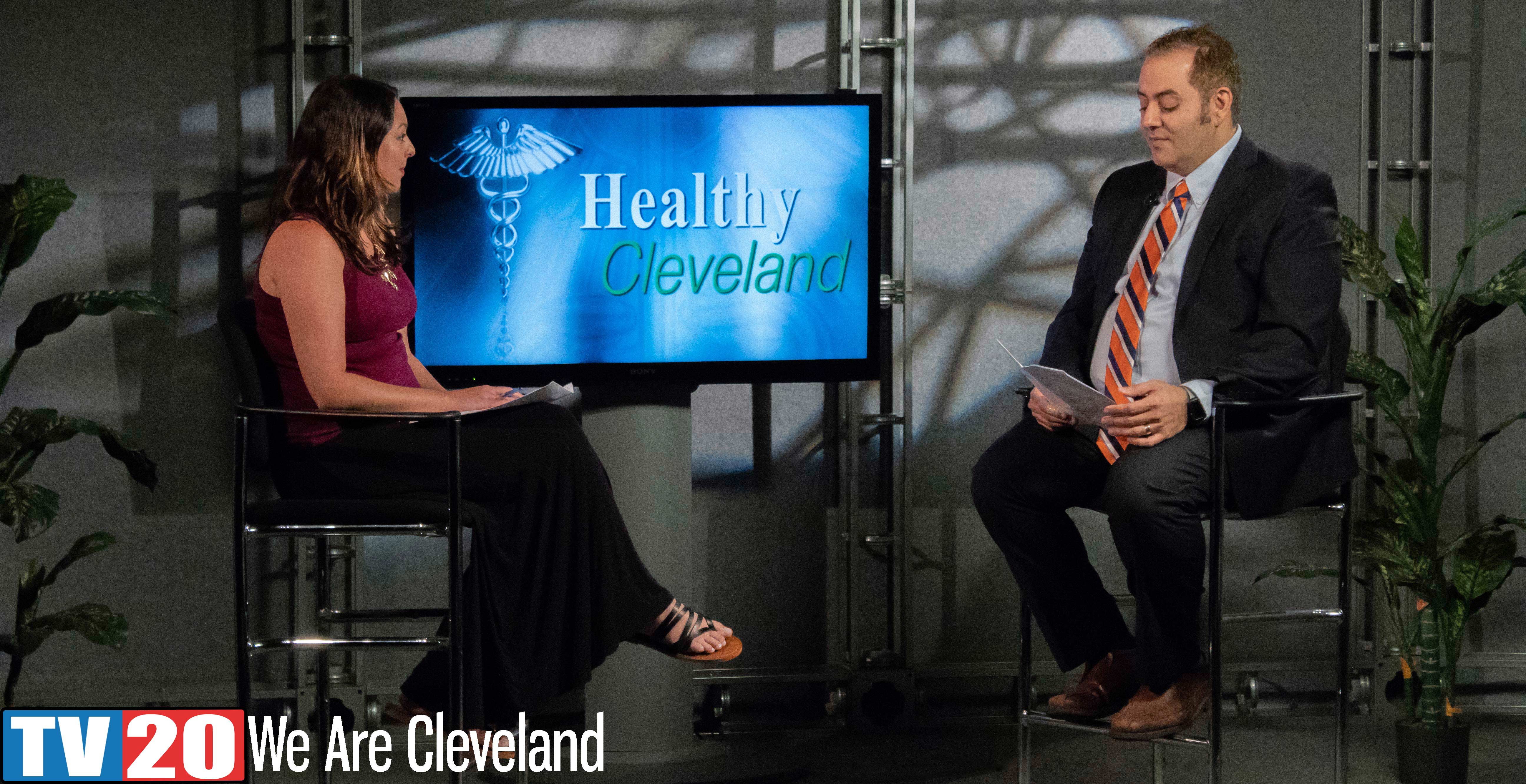 In the latest episode of Healthy Cleveland, host Leah Haslage sat down with Shaddy Swade from the Cleveland Department of Public Health, to discuss how to stay safe this summer.

When we think Summer weather, we imagine sunny days and clear skies. But Summertime weather can be just as disastrous and impeding as Winter weather. It’s important to know the differences between reported weather types and how you should prepare for them.

It’s important to keep yourself updated on the current forecast. While the 5 day forecast may seem to be set in stone, weather can change unpredictably. It’s important to keep yourself updated by checking the forecast before you leave the house or office for the day. It also helps to know your terminology, especially when it comes to flooding. While we may hear the terms “flash flooding” and “flooding”, they imply two very different scenarios. Flash flooding is a sudden accumulation of water, while regular flooding is the gradual accumulation of water. Flash floods are considered more dangerous and unpredictable than regular flooding. If you’re out, either on foot or in a car while flooding is being reported, get to high ground and stay there until given the okay. Don’t try and drive/wade through flooded water

Finally, it’s important to have a plan. Should an evacuation be ordered, you should be ready to pack up and leave at a moments notice.

1. Prepare a kit. Non-perishable food items, a change of clothes, and a first aid kit are just a few of the necessary components you should have ready to go.

2. Have a plan. Know where you’ll be going, who you’ll be taking, and what you’ll be bringing.

3. Listen for information. Tune into your local weather or emergency station and stay informed on the current status. You may be given the all clear to head home, or be given information on where to relocate.

Before the days of the internet, information was passed from mouth to mouth, even if that information was incorrect. Here are a few myths you may want to update yourself on.

Myth: Heat lightning exists.
Truth: Heat lightning is nothing more than a distant storm. Lightning can be seen up to 100 miles from the source, while the accompanying thunder will only be heard up to 10-15 miles.

Myth: The time between lightning and thunder indicates how far away a storm is.
Truth: There is some slight validity to this myth. If you count the time between lightning and thunder, then divide it by 5, you will get a rough mile estimate. It is recommended that if you count any time less than 30 seconds, you should stay indoors for at least 30 minutes till after the storm passes.

Myth: A green sky means an impending tornado.
Truth: A tornado is most likely to touch down between the hours of 5PM and 9PM, which just happens to be the time that the sky is not it’s normal blue color.

Myth: Sports drinks are a good substitute for water.
Truth: Sports drinks are designed for athletes who are burning through much more than just water. In fact, many sports drinks can actually leave you feeling less hydrated, as they contain electrolytes like sodium, also known as salt.  If you’re feeling dehydrated, stick to water.

If you have any questions about today’s topic, or wish to learn more, you can visit the City of Cleveland’s Department of Public Health’s website at clevelandhealth.org or visit the Center for Disease Control’s website at CDC.gov