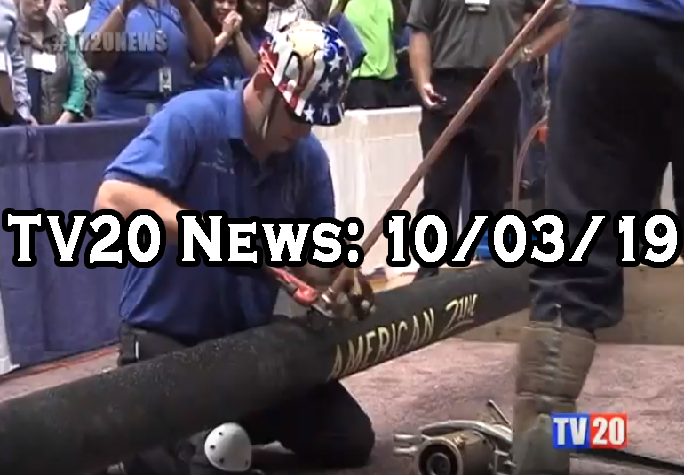 Welcome back for this episode of TV20 News – Week of 10/03/19! Be sure to subscribe to TV20’s official Youtube channel to stay up to date on all things Cleveland!

In a ceremony in City Council Chambers, 21 cadets became firefighters in the Cleveland Division of Fire.

Mayor Frank Jackson administered the oath of office to 6 firefighters, promoting 1 to Captain and 5 to Lieutenant.

In Cleveland City Council Chambers, 15 of Cleveland’s finest officers were promoted in rank, promoting one officer to Captain, 2 to Lieutenant and 12 to Sergeant.

Thanks to the efforts of Councilman Basheer Jones, Salaam Cleveland, and numerous volunteers, Cleveland’s Ward 7 is now home to a brand new free clinic.

The 81st Annual Ohio Section of the American Waterworks Association Conference, or OAWWA, was held in Cleveland at the Westin Hotel and Cleveland Public Auditorium.

Thanks to the collaboration between Case Western Reserve University and the Cleveland Museum of Art, students have a new place to hang out in called the East Bell Commons.

Another brand new school is open to students in Cleveland! A ribbon cutting ceremony was held at Whitney M. Young Pre K – 8 located on Harvard Avenue.

The Cleveland Senior walk and, now in its 15th year, is put on by the department of aging.  Before the walkers started on their journey around the Mall, Cleveland Mayor Frank Jackson had some welcoming words for them.

The National Caucus and Center on Black Aging is one of the largest minority organizations in the country. They recently held their annual senior expo and the turnout was outstanding.

In 2017 members of the community expressed that they would like to have a pavilion at the park, and with the leadership and hard work from Ward 11 Councilwoman Dona Brady, Brookfield Park has a brand new pavilion for the neighborhood to enjoy.