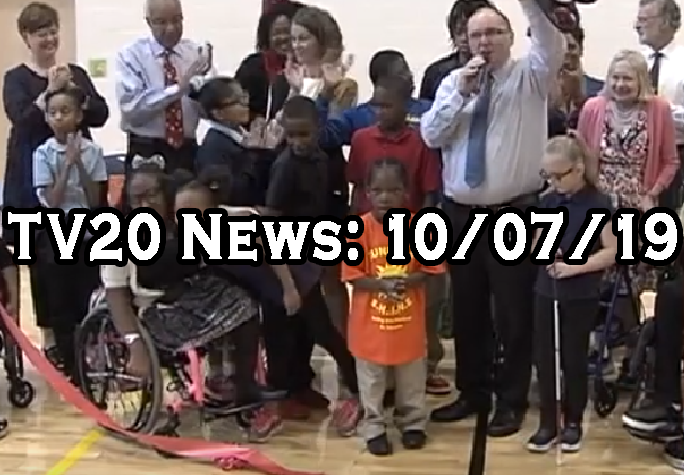 Welcome back for this episode of TV20 News – Week of 10/07/19! Be sure to subscribe to TV20’s official Youtube channel to stay up to date on all things Cleveland!

The City of Cleveland is getting brighter thanks to new LED Lights. We caught up with Ward 6 Councilman Blaine Griffin about the new lights, and how they’re helping his ward.

The Sunbeam School, located in the Larchmere neighborhood, shone bright as they cut the ribbon and officially opened to the public. Mayor Frank Jackson congratulated the staff and students on their new school.

Downtown Cleveland’s Public Square was a place of celebration as young residents came out for the City’s Youth Unity Day. Community Relations Director Grady Stevenson and his team helped to coordinate the event.

The Greater Cleveland Urban Film Festival celebrated its 8th Anniversary this year. We caught up with TV20 Special Correspondent Felicia Haney who was with this year’s guest of honor at the opening night reception.

One of the GCUFF events was geared towards children, with not only speakers and a Q & A, but the kids were stars of the films. Yvonne Pointer teamed up with Ms. Dabbs to create Hollywood Kids.

The 15th Annual Hispanic Heritage Month Opening Ceremony was held at the City Hall Rotunda. Mayor Frank Jackson presented a proclamation to kick off the event, and spoke to the attendees about the importance of unity.

The Association of Croation American Professionals held their 2019 conference at the Marriot in Downtown Cleveland. Mayor Frank Jackson welcomed the attendees, and thanked them for choosing Cleveland.

The City of Cleveland hosted a Wellness Works Family Fair for city employees at Buke Lakefront Airport. Director of Human Resources, Nycole West, fills us in on the purpose of the event.

The U.S. Army’s Special Operations Command Parachute team performed a tandem parachute jump over the park.  The jump was put on in coordination with John Carroll University’s ROTC program.