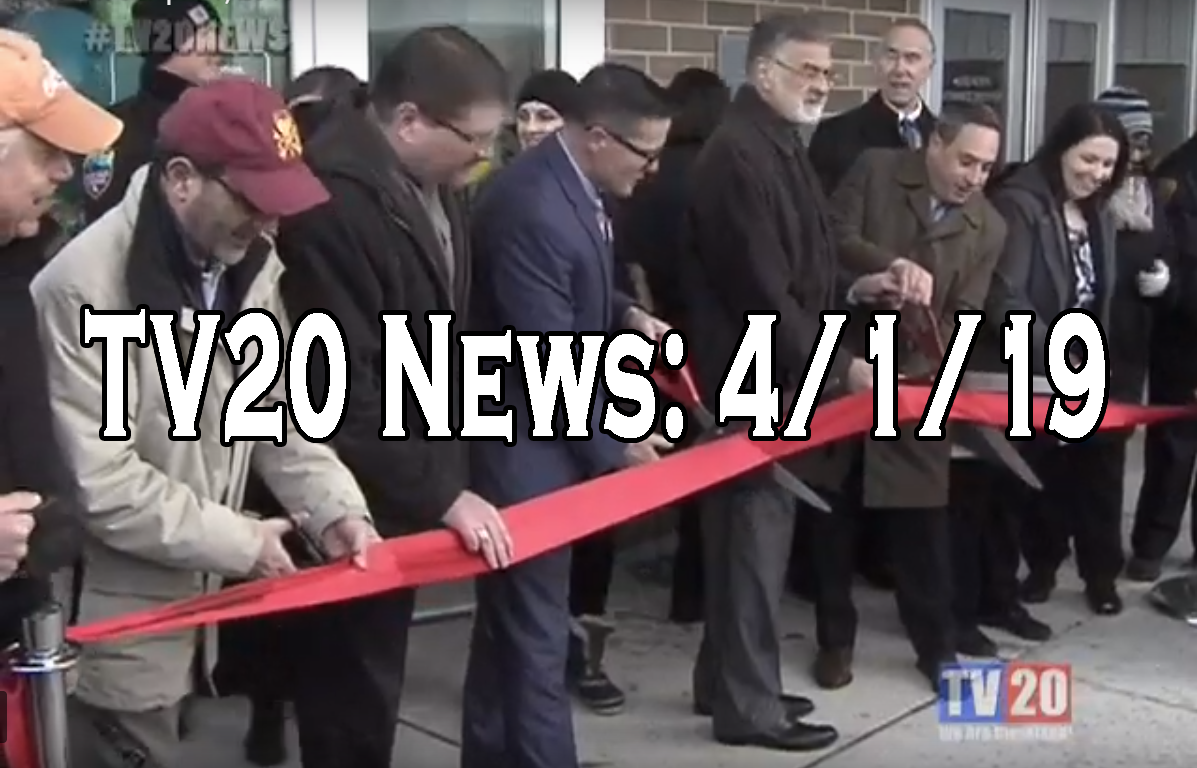 The new home for lost, stray and abandoned dogs has finally opened, as the ribbon was cut on the new Cleveland Kennel. Though this is a beautiful facility, this is only a temporary home for these dogs, and that is where you come in! Stop by the new Cleveland Kennel at West 92nd and Detroit or check out PETANGO.com to see all the cute little doggies waiting for their forever home.

Cleveland Hopkins  International Airport has a new, CLEAR way to travel. A press conference and ribbon cutting was held in the ticketing lobby to introduce the new CLEAR system which helps travelers verify their identity. Airport Director Robert Kennedy is thrilled to have the latest amenity.

Mayor Frank Jackson recently swore in two new members to the Cleveland Community Police Commission. Tiffany Artis and Christopher Brown each recited the oath of office delivered by Mayor Jackson as their friends, families and colleagues looked on.

Groundbreaking for Future Headquarters of OBCDC (7:25)

Opportunity in Construction Series with the CEA (10:17)

The Ohio Technical College on East 51st street teamed with the Construction Employers Association to offer an “Opportunities in Construction” Information Event for those with an interest in the trade. Ward 10 Councilman Anthony Hairston also attended the event, highlighting the jobs that construction brings to the community.

Mayor Frank Jackson welcomed the finalists in the annual Maltz Museum of Jewish Heritage’s “Stop The Hate” Essay Writing Contest to City Hall. The group and their families first met the Mayor in his office where they took photos together, and then they moved to the Red Room where they engaged in a dialogue about the effects of hate and how their voices can be used for change.

Reach Out and Read Proclamation Presentation (16:46)

At a ceremony in the Rotunda of Cleveland City Hall, MetroHealth pediatrician Dr. Robert Needlman received a proclamation from Mayor Frank Jackson for his organization Reach Out and Read. Through the organization, a free book is given to a child, aged newborn to 5 years old, when they come in for their visit.

As a part of its “In Demand Jobs Week”, the Ohio Means Jobs facility in downtown Cleveland welcomed Marty Mordarski of coding school Tech Elevator to talk about the numerous jobs in the tech field. Tech Elevator trains in two types of coding: Java and Dot Net and in as little as 14 weeks you can have the training you need in one of these languages. Visit their website at TechElevator.com/Cleveland for more information.

VIP Dental Assisting School hosted an informational session as part of In Demand Jobs Week. Those interested had a chance to learn more and ask questions about the eleven week program that’s offered on Saturdays. Though the program is for dental assisting, it can lead to other opportunities.

The 20th Anniversary of the National Arts Program Opening Ceremony was held at the Cudell Fine Arts on Detroit Avenue. Artists of every skill level that are City of Cleveland Residents or Employees had the chance to have their work professionally judged. Winners received cash prizes and youth education scholarships.

The 2019 Harvest for Hunger Campaign officially kicked off earlier this month at the Greater Cleveland Food Bank. Local community partners spoke about the past years success in fundraising, which included supplying over 22 million meals to those in need in our city, and the goals they have for 2019.

The Huntington Convention Center in downtown Cleveland saw thousands of fans of comic books, tv and movies at the Wizard World Comic Con! For many of the vendors, participating in Wizard World is a way for them to give back to the fans and community.