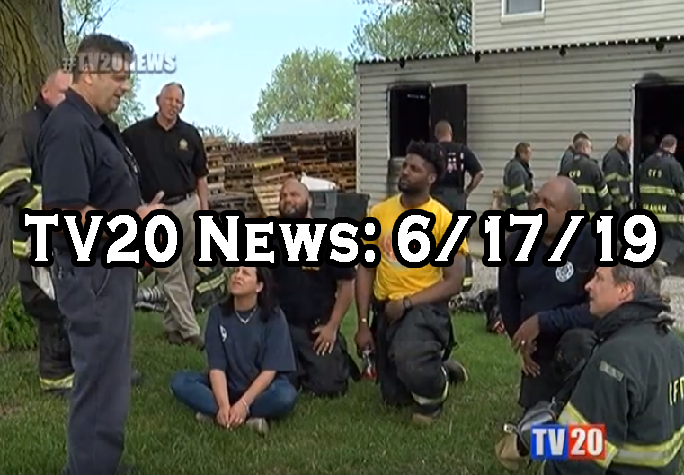 Welcome back for this week’s episode of TV20 News. Be sure to subscribe to TV20 on Youtube to be the first to catch all your favorite TV20 programming.

At a ceremony in City Council Chambers, Police Chief Calvin Williams, along with Mayor Frank Jackson and Safety Director Michael McGrath, handed out awards to those officers, and citizens, for their acts of heroism and dedication to duty.

In the City Council Chambers, the Cleveland Division of EMS recognized and honored those who were instrumental in saving lives of Clevelanders during emergencies. At the ceremony, Mayor Frank Jackson thanked those being honored for their service and commitment to the community.

The Greater Cleveland Drug Court recently held its 61st graduation ceremony, helping those ready to start a new, sober life. Participants spent an average of 10 to 20 months in the program after being charged with a drug offense.

Cleveland residents that went through the 7 week Citizen Police Academy recently graduated at a ceremony held at the City Council Chambers. Mayor Frank Jackson spoke to the class about why he thinks the program is important for our community.

The members of the Cleveland City Council Safety Committee had a chance to get first hand training from the Cleveland Division of Fire at the Fire Training Academy on what they do to keep us safe. Councilman Matt Zone, Councilwoman Jasmin Santana, Councilman Joe Jones and Councilman Blaine Griffin shared their thoughts about the unique experience.

As a part of the City of Cleveland’s “Safe Routes to School” Initiative; a vacant and dilapidated building is finally being torn down. Vacant since the 1980s, the Woodland Avenue building has become a symbol of blight in the neighborhood. Mayor Frank Jackson said that through the “Safe Routes to School” Initiative, thousands of buildings like the Victoreen have been demolished.

The Cleveland Division of Water Pollution Control welcomed local students for an open house to celebrate the 2019 National Public Works and Safety Week. The students participated in a rain barrel contest, then had a chance to learn about the various jobs and tools used by Water Pollution Control, Cleveland Divisions of Police, Fire, EMS and the Division of Public Works.

This year marks 50 years since the Cuyahoga River caught on fire. To mark the milestone, Sustainable Cleveland 2019 and other area agencies will be hosting 25 different events over the celebration week- from June 19 through the 23rd, including the family-friendly all-day event on June 22nd at Rivergate Park. Also on June 22nd you can ride the RTA and Lolly the Trolly FREE all day. For a listing of events and additional information visit Cuyahoga 50 dot org.

There are road closures in the area that may already be impacting your commute, and those that are about to.

For more information including detours and additional closures, visit The Ohio Department of Transportation Website or call 216.581.2100.