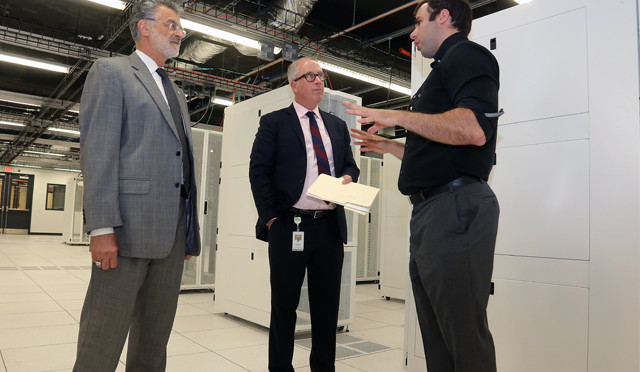 You can follow along with what is airing this week on TV20 with our weekly schedule in its entirety below as well as our Weekly News Wrap Up Video:

Mayor Frank Jackson and Chief Calvin Williams addressed the media with an update on the Road to Reform…the steps the city of Cleveland has already taken since the announcement of the settlement agreement with the Department of Justice.

Mayor Frank Jackson has made it clear to the Ohio House of Representatives and the Ohio Senate that he strongly opposes House Bill 180 and Senate Bill 152, which would prohibit Ohio cities from using geographic-based hiring preferences in the production of local construction projects.

After having served on City Council representing Ward 6 from 1995-2008, Patricia J. Britt was then appointed as the Clerk of Cleveland City Council, which she currently still serves as the Chief Administrative Officer. Recently members of City Council recognized her with the Master Municipal Clerk Designation Award, celebrating her completion of the intensive, educational program.

THE CLEVELAND DIVISION OF POLICE AWARDS

The Cleveland Division of Police has a mission to keep our community safe through involvement with residents and is committed to improving the quality of life in the city of Cleveland. An awards ceremony was recently held at the City Council Chambers to celebrate the brave officers who have honored that commitment through self-less acts of service.

The Greater Cleveland Drug Court was established back in 1998. The program is offered to a felony offender charged with a fourth or fifth-degree-level possession of a controlled substance, who has only one non-violent felony conviction and is chemically dependent. A graduation ceremony was recently held to celebrate the men and woman who have now joined the thousands of participants who have successfully completed the Drug Court Program.

Hip-C, the Health Improvement Partnership Cuyahoga, has a mission to inspire, influence and advance policy, lifestyle and environmental changes that foster health and wellness for everyone in Cuyahoga County. An event was recently held at the Ariel International Center to address some of the most pressing issues impacting the health of our county’s residents and discuss improvement plans for the future.

The month of June has been declared Immigrant Heritage Month by the city of Cleveland as a way of recognizing and celebrating all of those who have contributed to the history of Cleveland and continue to enrich our city. Mayor Frank Jackson presented a proclamation and stated that “Cleveland is made up of 77 different cultural groups and it is that unique blend that makes Cleveland thrive.”

Parking rates at city of Cleveland garages and meters have officially increased effective as of June fifteenth. Legislation that was passed in early 2015 permitted the Division of Parking to increase the rates in order to add additional revenue to pay for the maintenance of the lots and upgrades to the meter technology. Rates are up 25 cents to a dollar.

Byte Grid, a national data storage company, understands the high demands customers have when selecting a data center provider and facility, demands that go well beyond the initial lease for space, power and security. This past January, Byte Grid secured tax credits for one hundred million dollars in expected investments. Mayor Frank Jackson and other City Officials gathered at the Cleveland Technology Center for the grand opening of the new Byte Grid Data Center, located right in the heart of Downtown.

One of the oldest major property owners in Cleveland will soon be off the market. The United Church of Christ has announced that they will be selling their downtown headquarters and neighboring Radisson Hotel to an Atlanta-based Hospitality Company, Global Management & Investments. The UCC placed its properties on the market in February, following growing interests in the real estate market of the Gateway District. At this time, the sale price is unknown, but online listings report an asking price of $12 million for the headquarters building. The UCC has also announced it has no plans to leave Cleveland, and will be leasing back the headquarters from the soon to be new owners. The sales are expected to be finalized by mid-August.

Founded in 2009, the Cleveland Climate Action Fund is the first community-based carbon reduction fund in the United States. The group recently announced that it is granting over 20,000 dollars to five neighborhood-led projects that will ultimately help reduce carbon emissions while encouraging collaboration within the community. The five projects being rewarded include: Cleveland Youth Landscaping, Community Composting, The Grocery, Hough Biocellar and Urban Community School.

Home Depot recently installed new outdoor exercise areas for dogs at the City of Cleveland Kennel. Friends of the Cleveland Kennel donated the new outdoor enclosures and labor was provided by Home Depot. This new space now allows dogs to spend time outside with volunteers and staff off-leash.

Whether you’re five or eighty-five, there is something almost magical about being high above the ground in a treehouse. The Cleveland Botanical Gardens recently debuted their summer exhibit Branch Out, giving you an opportunity to hang out in five different interactive tree houses while you enjoy nature.

The 6th Annual Umoja- Unity Parade and Festival recently took place with a parade that led to Voinovich Park and about a dozen local performers. The event celebrates African-American history and culture. Umoja is Swahili for Unity, and this festival promotes just that.

The American Constitution Society believes that law should be a force to improve the lives of all people. ACS works for positive change by shaping debate on important legal and constitutional issues through promotion and development of high-impact ideas to opinion leaders and the media. The group recently held an event at the City Club of Cleveland, honoring Mayor Frank Jackson as the recipient of the 2015 Congresswoman Stephanie Tubbs Jones Public Service Award, for all of his dedication to our city.

Since 1996, City Year Cleveland has had a profound and powerful influence on the lives of thousands of children. More than thirteen hundred corporation members have graduated from City Year Cleveland delivering over 2 million hours of service. The 19th Annual Rock the Red Jacket Gala was a celebration of those members who rock red every day to change the lives of the students they serve.

The James H. Walker Construction Management Course is a ten week, twenty session program. The course is taught by experienced construction professionals and includes a wide variety of topics such as education, marketing and estimating, as well as learning how to become certified with the city of Cleveland, obtain financing, and more. The most recent class of graduates was honored at a ceremony held at the City Hall Rotunda.

The Cleveland Division of Police have a mission to keep our community safe through involvement with residents and are committed to improving the quality of life in the city of Cleveland. An awards ceremony was recently held at the City Council Chambers to celebrate the brave officers who have honored that commitment through self-less acts of service.

Killers From Space: A scientist is monitoring atomic tests (1954).