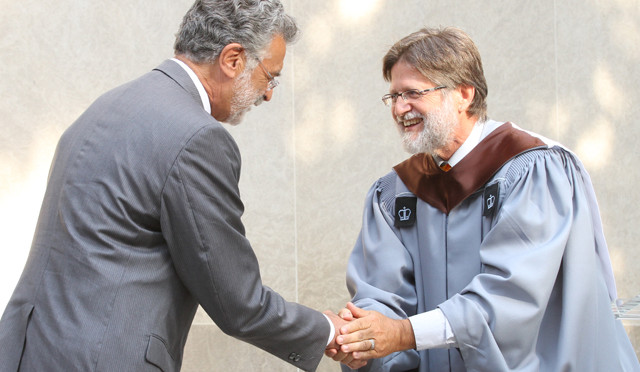 Below you can watch our Weekly News Wrap Up in its entirety and follow along with our Weekly schedule:

The Cleveland Division of Police has been hard at work to get violent offenders off the streets, especially those involved in gang activity.

In 2013 Community Activist Yvonne Pointer went to Ghana, West Africa to break ground on a school she was building named after her daughter, the late Gloria Pointer. Last month, the Gloria Pointer Memorial School officially opened and Ms. Pointer was there to celebrate this momentous occasion.

In a special presentation held in the Rotunda of Cleveland’s City Hall, Mayor Frank Jackson swore in the new members of the Community Police Commission.

Local Fire Station’s goal is to engage the community and keep them safe.  To do that, Fire Stations have instituted open houses throughout the summer where people can visit the station, meet real firefighters and learn about fire safety. TV20 was recently at Fire Station 33 for their latest open house.

Cleveland State University has dedicated a brand new, state of the art facility on their campus.  It’s called The Center for Innovation in Medical Professions and it’s designed to foster a new era of health care education.  The one hundred thousand square foot building includes state of the art simulation labs, occupational and physical therapy training rooms, plus a speech and hearing clinic and a health and wellness clinic that serves students as well as the campus community.

The Cleveland Institute of Art recently held an event to unveil their newly renovated space. Students and faculty expressed their joy for the new destination with a parade from the original CIA on East Boulevard to the new one on Euclid Avenue.

Soon there will be a new home for the Children’s Museum of Cleveland.  The University Circle Location will close its doors on January 3rd, 2016, and then open their new one at the historic Stager Beckwith Mansion in Midtown. You can still enjoy various programming and exhibits, like its latest- Young Architects: Designing the Future- until it closes. The museum also offers sensory friendly times the second Saturday and third Thursday of the month for families with special needs.

Labor Day weekend in Cleveland wouldn’t be the same without the loud roar of the U.S. Navy Blue Angels or the U.S. Air Force Thunderbirds at Burke Lakefront Airport. TV20 went to the 51st Annual Air Show to catch-all of the fun!

When you think of the Airport, the last thing you probably would think of is art…but a recent poster design contest in partnership with the Cleveland National Airshow and is hoping to change that through its new initiative.

Host Justine Greenwald gives us an inside look at SoFar Cleveland.

Host Leah Haslage shows us how you can support local artisans and shop owners at the Cleveland Flea. Then we’ll get creative at The Glass Bubble Project in Ohio City!

Host Leah Haslage sat down with the Director of Public Health for the City of Cleveland, Toinette Parrilla to discuss the issue of infant mortality and how Cleveland plans to get involved.

The One World Day Festival and the Naturalization Ceremony took place with hundreds of people coming out.

Today’s Guests: Director of the Department of Aging for the City of Cleveland, Jane Fumich & the Chief of Education for the City, Monyka Price.

Maniac: A mad scientist attempts to bring the dead back to life (1980).