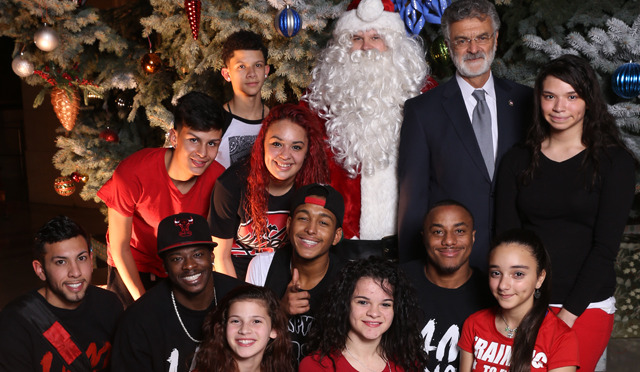 The Holiday’s are closing in on us here in Cleveland, and here is a look at some of the stories that made it into our Weekly-News-Wrap-Up this week!

Mayor Frank Jackson has a goal to help make Cleveland a City of choice, it has been his objective since the beginning! Local Bank Representatives joined the Mayor for an important announcement regarding a crucial development in his Community Investment Strategy.

For those who missed it, here is the full announcement:

The Christian Business League’s Faith and Finance Breakfast was held at the Manor Party Center and showcased a wide array of Business Representatives who have made enormous contributions to the Community.

The Annual Event also featured encouraging, inspiring words from this year’s Trailblazer Award Recipient, and CEO of Fraser Net, George Fraser. Every year, this gathering is one of Faith, hope and praise.

Downtown Cleveland lit up the sky at the 9th Annual Winterfest! There surely was no better way to kick-off the Holiday Season than to bring family and loved ones down to see a breath-taking lighting display! The activities began under the new GE chandelier in Playhouse Square!

Our own TV20 Reporters Christian Patterson and Justine Greenwald were there to catch-all of the fun!

^The Holiday season is the most beautiful time of year here in Cleveland, we could not simply ask for more! Speaking of the Holiday Season, that brings me to the next story:

It wouldn’t be Christmas time in Cleveland, if I did not mention the Trim-A-Tree Event that took place at the City Hall Rotunda! Mayor Frank G. Jackson was joined by over 200 children from City of Cleveland Recreation Centers. The children brought homemade ornaments to decorate the donated tree for the holiday season as well as enjoyed a “Jingle Bells” sing-a-long and a visit from Santa Claus.