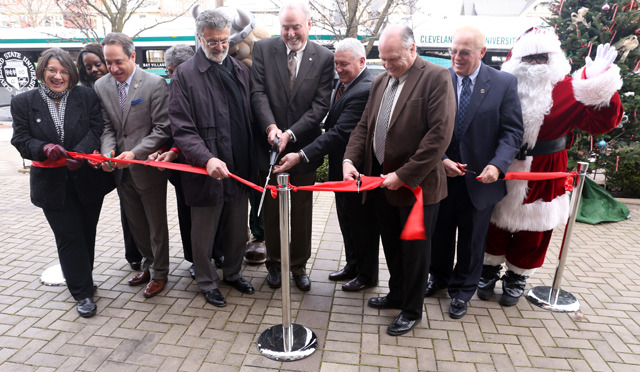 Happy New Year, 2015 is among us! A new year means plenty of great events coming our way, take a look at a few featured this week:

City Council members embarked on a “listening tour” of the City. The objective of this was to help build the trust back in the Community, along with answering any questions they may have. It was also important for City Council to hear the demands and concerns of residents following the U.S. Justice Department’s on-going investigation of the Cleveland Police Department.

Two of the locations for the listening tours were the Sagrada Family Church and The Harvard Community Center. This allowed for people to say what was on their mind, all while helping to keep each other at ease.

Habitat for Humanity builds because they believe that everyone, everywhere, should have a healthy, affordable place to call home. More than building homes, they build communities, they build hope and they build the opportunity for families to help themselves.

Ward 12 Councilman, Anthony Brancatelli was joined by Greater Cleveland Habitat for Humanity to present two well-deserving families with their brand new homes. This double home dedication took the families by surprise, and a member of each expressed their gratitude and appreciation.

To get involved with the Habitat for Humanity, you can visit their website at: http://www.habitat.org

The new Clifton Boulevard Transportation Enhancement Project, which upgraded the roadway and amenities on Clifton Boulevard, was unveiled with a ribbon cutting ceremony. Cleveland and Lakewood Officials joined Mayor Frank Jackson to discuss what this has brought and will continue to bring to our City.