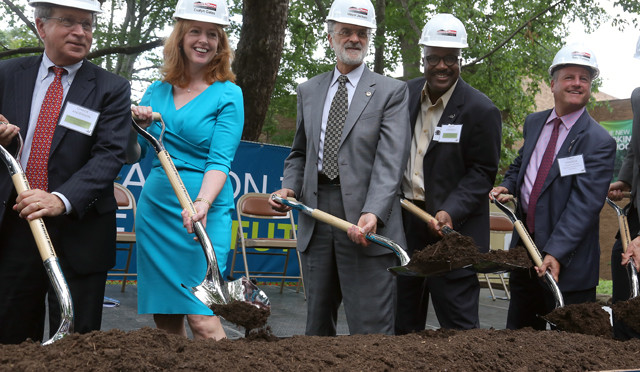 Below is a complete listing of what is airing this week on TV20 and our Weekly News Wrap Up Video in its entirety:

The Weekly News Wrap Up

COUNCIL PRESIDENT Q & A WITH MEDIA

Cleveland City Council’s legislative session wrapped on June 18th breaking for summer, but Council President Kevin Kelley spoke to the media in a Q & A session at City Hall to address what has been accomplished at this time and what is still in store for our great city.

As part of Mayor Frank Jackson’s Office of Capital Projects Street Resurfacing Program, East 22nd street between Orange Avenue and Euclid Avenue is undergoing a complete rehabilitation to provide for more efficient movement of pedestrians, vehicles and bicyclists. Chief Operating Officer for the City of Cleveland, Darnell Brown addressed the media on the developments involved in this new venture.

Harvest for Hunger is one of the largest annual, community wide food and fund drives in the Nation. It provides critical resources to local hunger relief organizations in 21 Counties in North East and Central Ohio. Hundreds of schools, non-profits, governmental entities and companies participated in this year’s campaign. An event was held at the Ariel International Center to thank those gracious sponsors involved and to announce a new record for the 2015 year.

Changes are coming to the West Side Market. An announcement was recently made by local officials considering adding Sunday hours, creating Wednesday evening hours and charging for parking. An effort to tackle the market district’s parking issues could yield many additional spaces between now and 2017. A City Commission formed by Mayor Frank Jackson started considering some of these topics, two years before the market’s centennial in 2012. Ward 3 Councilman Joe Cimperman plans to introduce legislation to allow changes to parking.

Parking rates at City of Cleveland garages and meters have officially increased effective as of June 15th. Legislation that was passed in early 2015 permitted the Division of Parking to increase the rates in order to add additional revenue to pay for the maintenance of the lots and upgrades to the meter technology. Rates are up 25 cents to a dollar.

Summer officially kicked off in the City of Cleveland with the opening of multiple indoor and outdoor recreation center pools, which are both free and open to the public. Indoor pools will follow regularly scheduled hours and outdoor pools are now open Wednesday’s through Sunday’s, from noon to seven-thirty, until the second weekend in August.

As we continue in to the summer months, the temperature and humidity will be on the rise. Senior citizens are often most vulnerable to drastic temperature changes. Some tips to consider are to stay out of direct sunlight, limit physical activity, drink plenty of water, avoid caffeine and wear loose-fitting clothing. Warning signs of heat stroke include: fainting, nausea, fast pulse rate and flushed skin. No one should be in a parked car for any period of time.

The 25th Annual Fiesta of Hope Scholarship Luncheon, presented by Esperanza, was recently held at the Cleveland Renaissance Hotel to commemorate the success of Hispanic students in our area. Esperanza began in the 1980’s and represents a model for overcoming educational barriers and ensuring a quality education for Hispanics in the community, by motivating them and recognizing their academic achievements.

The Cleveland Museum of Natural History recently hosted a ground breaking ceremony to unveil the new Perkins Wild Life Center and Woods Garden. The Museum’s trustee’s and leadership, as well as Mayor Frank Jackson shared inspiring remarks about the vision for this new museum, visitor attraction and their own personal connection to the almost century-old institution.

Nearly 1,500 North East Ohio students recently read more than 75,000 books as part of Cleveland state university’s Fifty Book Challenge. They were invited to read fifty books between September 2014 and May of 2015, all in celebration of CSU’s 50th Anniversary. The Office of CSU’s College of Education and Human Services sponsored the contest and provides resources to local school districts and education-oriented programs. Tayler Drake of Glendale Primary School in Bedford was this year’s champion, reading 700 books, and received tickets to Kalahari Waterpark as her prize. Students who participated in the 50 book challenge kept track of their progress in reading journals that were submitted at the end of the academic year.

Cleveland’s long-running technology and arts festival, Ingenuity Fest has recently announced their dates and new location. The 11th Annual Ingenuity Fest will be Friday October 2nd through Sunday October 4th. The new location will be Voinovich Park, and they will be partnering with both the Great Lakes Science Center and the Rock and Roll Hall of Fame for programming and space.

Summertime is the perfect time of year to enjoy your lunch outside and we have the best place for you to go.

4th of July is here already and that usually means people playing with fireworks. The mis-use of them can result in burns, fires, and even death. Use of fireworks is illegal not just in the City of Cleveland, but the whole state of Ohio. It is encouraged you attend a public display conducted by trained and licensed professionals.

The Cleveland Museum of Natural History recently hosted a Ground Breaking Ceremony to Unveil the new Perkins Wild Life Center and Woods Garden. The Museum’s trustee’s and leadership, as well as Mayor Frank Jackson shared inspiring remarks about the vision for this new museum, visitor attraction and their own personal connection to the almost century-old institution.

Host Errol Porter sat down with Joshua Bias who is a member of the Office of Fair Housing and Consumer Affairs for the City of Cleveland to discuss tips on hiring private contractors for home repairs/updates.

Showcasing job listings in the City of Cleveland.

Host Leah Haslage sat down with Doctor Deborah Bier to discuss Alzheimer’s Awareness month and what our city can do to bring light to this topic.

Learn about the history and opportunities offered at the Cleveland Public Library with TV20 Reporter Leah Haslage.

Today’s Guest: Director of Community Development for the City of Cleveland, Daryl Rush.

The Black Camel: A 1931 mystery film based on the novel of the same name by Earl Derr Biggers.