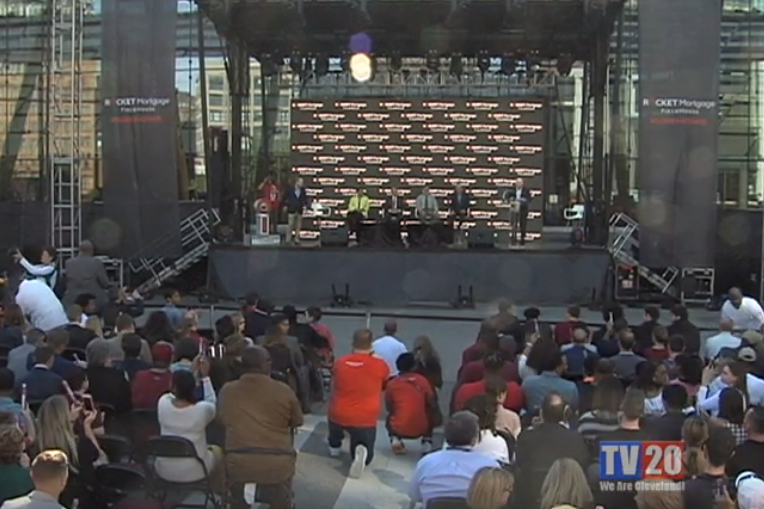 TV20 was on scene for the ribbon cutting ceremony for the newly renovated Rocket Mortgage FieldHouse.

Previously known as the Quicken Loans Arena, the Fieldhouse has undergone a $185 million dollar renovation and expansion, modernizing both the interior and exterior of the arena.

Emceeing the ceremony was none other than the Cleveland Cavaliers’ television play-by-play announcer, John Michael. Mr. Michael introduced some of the faces and forces behind the Fieldhouse’s renovation, including:

A special recognition was also given to Dan Gilbert, who had originally purchased a majority stake in the Cleveland Cavaliers and the naming rights to what was then known as the Gund Arena in 2005. After spending $1.6 billion dollars on renovations, Cleveland had an arena to be proud of while also providing nearly 4,500 jobs.

The event was capped off by a countdown to fireworks and music, and finally the ribbon cutting, which was an appropriate 216 feet long.

Be sure to stay tuned to TV20 for future events held at The Rocket Mortgage FieldHouse.