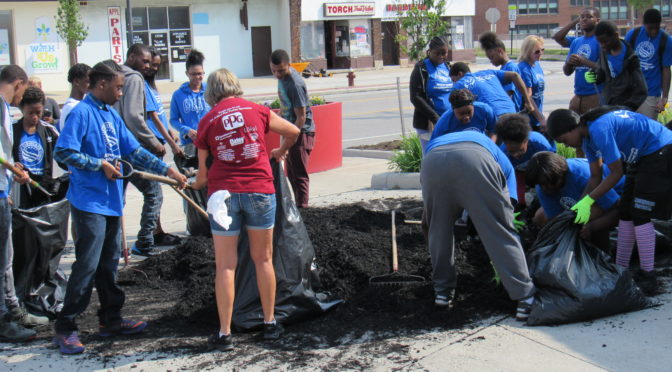 Vinny’s Beverage, a local business, was used as the meeting point (as well as the dumping point) for the two groups and a lot of mulch. Members of Y.O.U. helped to put the mulch into bags, which would be used in various tree and flower beds along Lorain. Aided by members of Green Up, the youth staff of Y.O.U. helped to prepare the various beds and patches for flowers that would be planted later
this week.

To hear the full story, stay tuned to TV20!