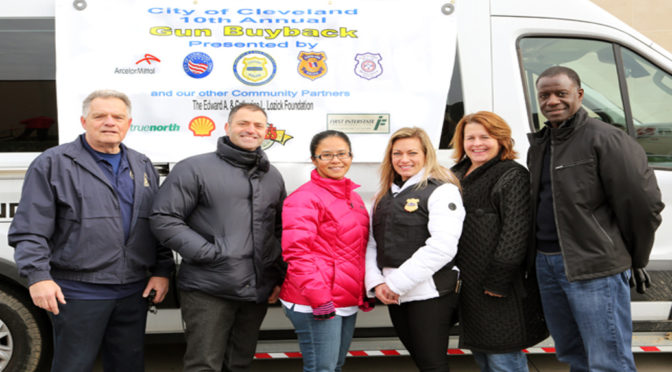 CLEVELAND— As a result of Cleveland’s Gun Buy-Back program 168 guns were bought-back this year according to Public Information Officer Sgt. Jennifer Ciaccia of the Cleveland Division of Police.

The Cleveland Police partnered with the Cleveland Police Foundation,  ArcelorMitta, and owner of Dave’s Supermarkets, Burt Saltzman and together they have delivered $16,800-$33,600 in Gun Buy-Back incentives through gifts cards for food and gas in an effort to create safer neighborhoods for Cleveland families and businesses.