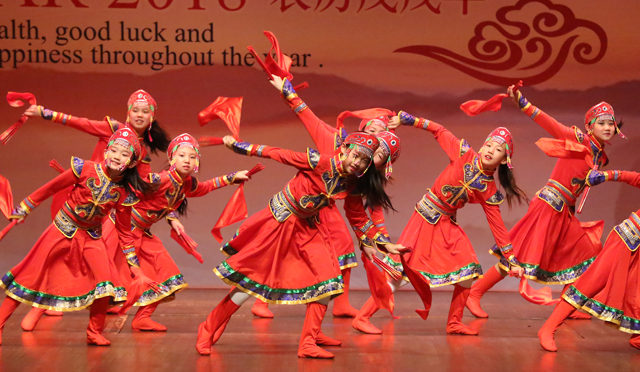 For the past 10 years, Columbus has been the host of Ohio China Day, but this year, Cleveland finally had it’s turn! The Cleveland Public Auditorium was home to a variety of authentic food, music, and dance, celebrating China’s diverse culture.

Students came together from various Chinese Schools in Ohio

Attendees were treated to a number of booths and stands, including calligraphy displays, food and tea ceremonies, a Chinese spelling bee, and most importantly, the stage performances. More than 50 unique programs took to the stage of the Public Auditorium,  which include performances of traditional Chinese folk dances & folk songs.

There was no short supply of eye catching costumes

The preservation of Chinese culture and the adaptation of American culture by students is made possibly through The Chinese School Association in the United States, a non-profit organization dedicated to maximizing cooperation and exchange between the various Chinese schools in America.

Established in 1994, the CSAUS has grown to include over 400 schools, and more than 100,000 students, including thousands of those who have immigrated from China.

For more information on the CSAUS, you can go to csaus.org

For those who are interested in learning more about Cleveland’s Chinese Culture Association, you can head to CCCCA.org