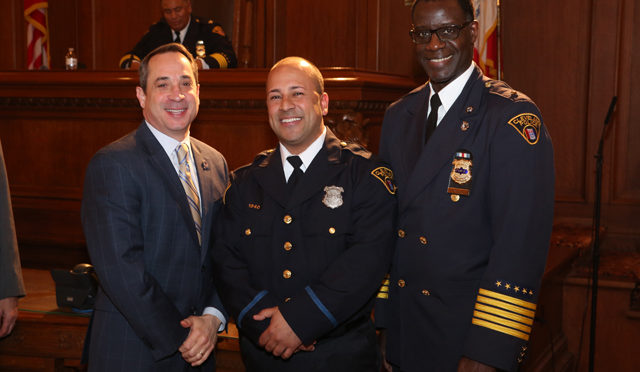 Today, Mayor Frank G. Jackson has administered the Oath of Office to fourteen Cleveland Police Officers. There are now an additional 11 Sergeants, 2 Lieutenants, and 1 Captain on the Cleveland Police Force.

For those who would like to watch the promotion, TV20 will be airing it in it’s entirety in the following weeks!

For all things Cleveland, tune into TV20! #WeAreCleveland