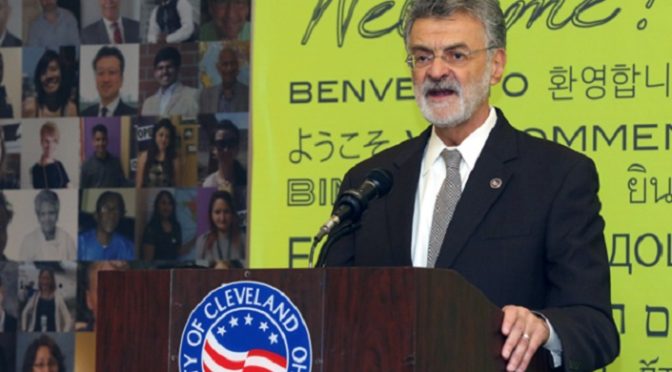 Amidst growing national concerns, Cleveland Public Hall held the first meeting of it’s kind this Tuesday, inviting leaders from all ethnics groups in the City of Cleveland to come and talk.

Presenters spoke on the current efforts made by the City to broaden access and resources to non-English speaking Clevelanders. This includes multi-lingual updates to the City’s website, specialized training to City Hall employees, and improved infrastructure to accommodate non-English speakers.

Chief Calvin Williams spoke on the Cleveland Police’s relationship with immigrants in Cleveland.

The City hopes to hold more meetings like this, as Cleveland wishes to stay transparent when it comes to the future of how it will handle the growing number of immigrants and refugees coming to the city.

For all things Cleveland, stay tuned to TV20! #wearecleveland