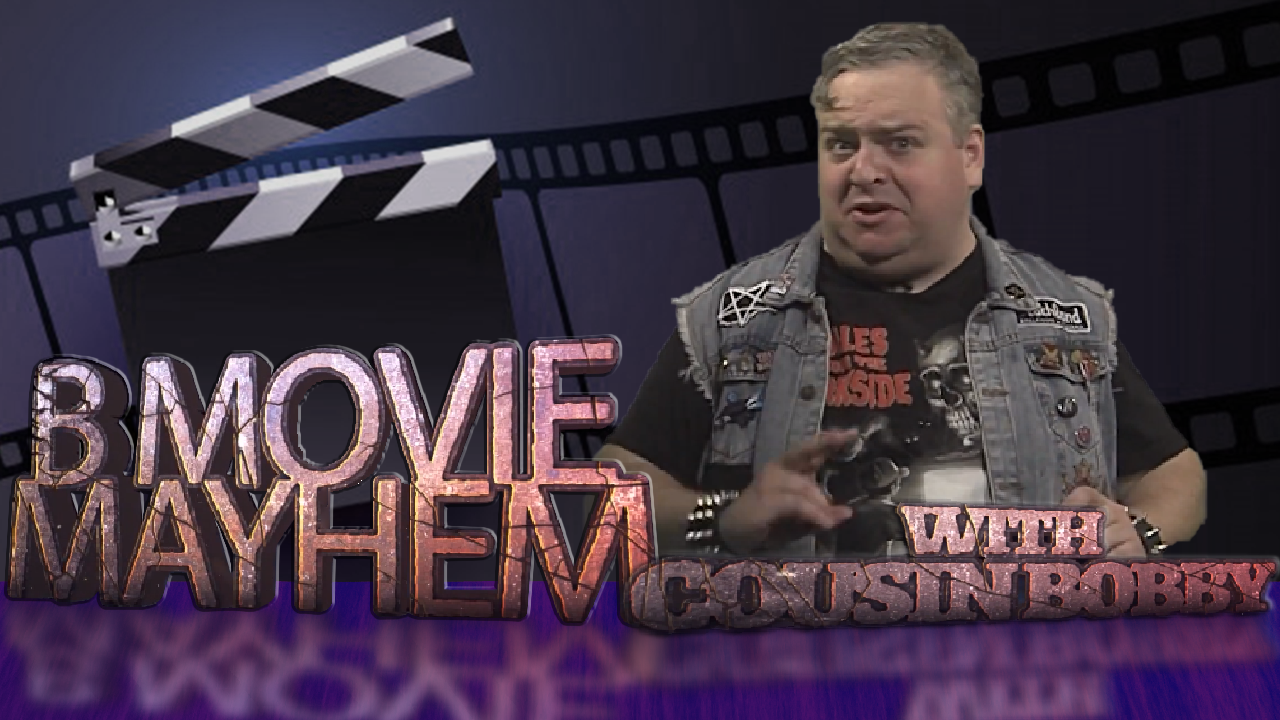 On August 18th we received a report that an individual, only described as sporting “spikey bracelets and a size too small denim vest”, broke into our studio and utilized TV20’s cameras their own nefarious purposes. Upon reviewing the footage, we realized that we might’ve jumped the gun filing a report with the police, FBI, and Health Department.

To all our TV20 viewers, it is with a heavy heart and deepest sadness that we announce Cousin Bobby has returned for Season 2 of B Movie Mayhem!

A millionaire offers $10,000 to five people who agree to be locked in a rented mansion overnight with him and his wife.

While traveling in continental Europe, a rich young playgirl realizes that an elderly lady seems to have disappeared from the train.

Kingdom of the Spiders

Killer tarantulas are migrating through a farm town, killing every living thing in their path.

Two unemployed show-biz pals accept treasure-diving work in Bali for a local princess and they find treasure, love and trouble.

A successful farmyard revolution by the resident animals vs. the farmer goes horribly wrong as the victors create a new tyranny among themselves.

A Boy and His Dog

A young man and his telepathic dog wander a post-apocalyptic wasteland.

An investigator from the War Crimes Commission travels to Connecticut to find an infamous Nazi.

A series of decapitations on a Swiss mountainside appear to be connected to a mysterious radioactive cloud.

A young man turns to a witch doctor to lure the woman he loves away from her fiancé, but instead turns her into a zombie slave.