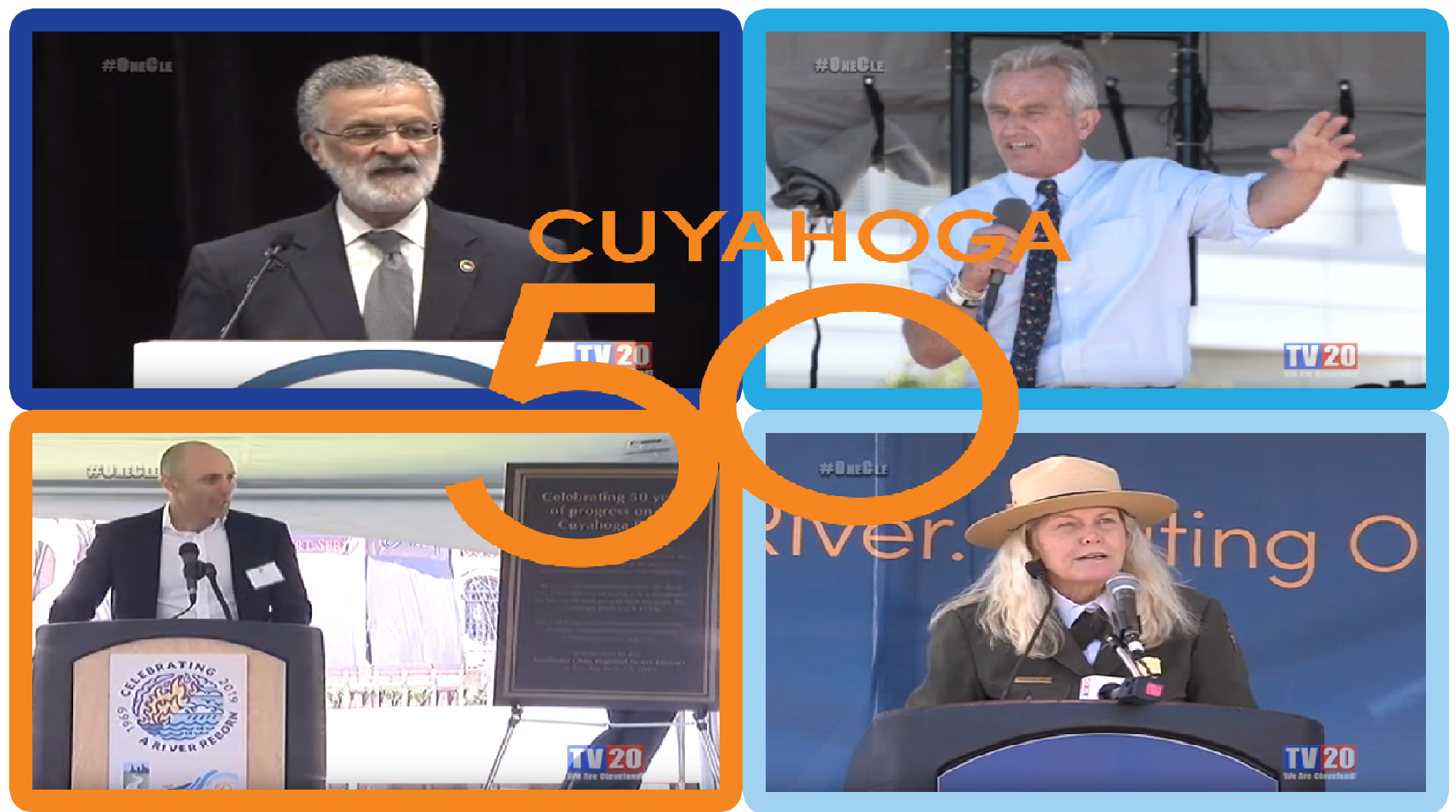 After thousands of man-hours put in by countless environmentally conscious and dedicated individuals, the City of Cleveland celebrated the 50th anniversary of the 13th and final burning of the Cuyahoga River with Cuyahoga 50.

TV20 was on scene for the Cuyahoga 50 celebrations and are happy to bring you some of the events from the week. Be sure to subscribe to TV20’s official Youtube channel to stay up to date on all things Cleveland!

City & State officials congregated at Riverside Park to celebrate the progress made in the past 50 years on the Cuyahoga River.

To commemorate the anniversary of the Cuyahoga River Fire, the River Network hosted their yearly River Rally Conference in Cleveland.

Part of the celebration week included an event at North Coast Harbor. There were informational booths, a series of speakers including environmentalist Robert F. Kennedy, live music and a chance to enjoy the scenic views.

The Northeast Ohio Regional Sewer District and Canalway Partners unveiled the Superior Avenue Pump Station and broke ground for the fourth phase of the Towpath Trail.