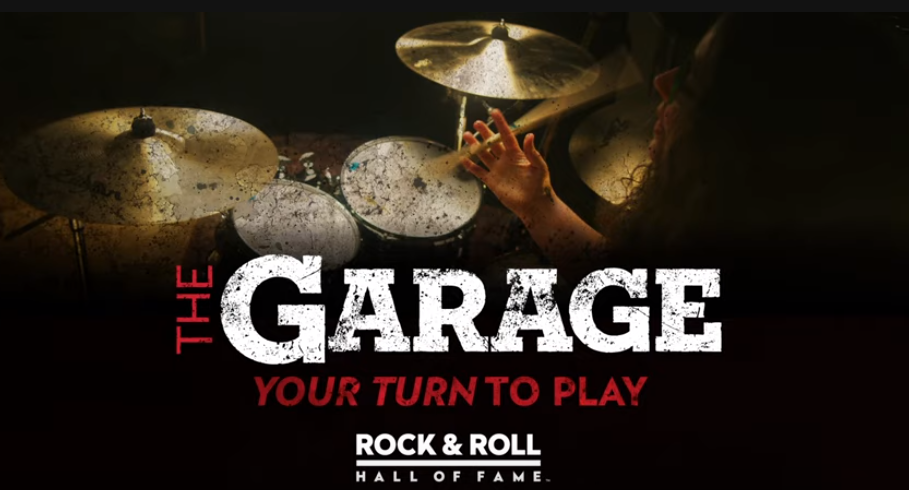 From packed stadiums to wedding receptions, no matter the size of the band and the genre performed, all have one thing in common: they started out small. That’s why on June 28th, the Rock & Roll Hall of Fame unveiled their brand new & hands on exhibit: The Garage!

An ode to humble beginnings, The Garage is designed and built like its namesake. An exhibit the first of its kind, giving attendees a chance to hold top-of-the-line instruments & learn how to play them!

To commemorate the opening, the Rock Hall held a brief introduction, with some of the integral members of the organization taking to the podium. This included Greg Harris, CEO, Karen Herman, VP & Chief Curator, and Paul Clark, Chairman of the Board.

Anything Rock Hall wouldn’t be complete without music, and guests were treated to quite the surprise! Darryl “DMC” McDaniel, of Run-DMC, took to the podium and spoke on his own history growing up with rock & roll. He also explained how it would shape his group in the future. Run-DMC would go on to be the second hip-hop group inducted into the Rock Hall in 2008.

Following the ceremonious “opening of the garage door”, attendees were treated to a live performance. None other than DMC himself took the mic, with The Hell Raisers on instruments.

The Garage is now open to Rock Hall attendees. Cleveland residents receive free admission with proof of residence thanks to a generous donation by the Key Bank Foundation. You can find more info on The Garage at https://www.rockhall.com/garage.