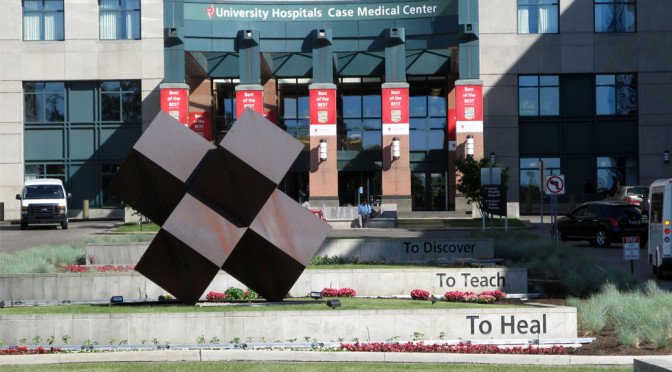 Owens and Minor Distribution Company INC,. which is a Fortune 500 Medical Supply Company, recently opened its doors within the city if Cleveland. Owens and Minor agreed to move its Glen-willow operating center to Cleveland’s own East 55th street located off of Interstate 90. This is the first Major Company to help University Hospitals fulfill its goal of bringing suppliers to the city. Moving into the city seems to have its benefits especially in the eyes of Steve Standley, UH’s Chief Administrative Officer, who was quoted saying, “You need to move into the city, or we will find somebody who will.”Standley’s voice wad heard by Owens and Minor who took advantage of the inner city venue within Cleveland. Tracey Nichols, the city’s economic development director said, “We think this is great, to the over 200,000 people who go by on Route 90, seeing new developments is a positive.”

The Ceremonial Ribbon Cutting took place on June 23, 2014. Local officials were there in order to celebrate the ribbon cutting. This new supplier being near UH creates a dynamic flow of medical supplies to their neighboring hospitals. This makes it easier to not only order supplies, but also to obtain supplies when needed. The economy of Cleveland would only seem to boost with this new addition because all the inventory would arrive in a quicker manner. By moving, Owens and Minor will also open roughly 30 jobs to applicants who are qualified. Overall, University Hospitals along with Owens and Minor have made a wise decision moving into the City of Cleveland and will make a large impact on how the medical industry will begin to expand within the city.