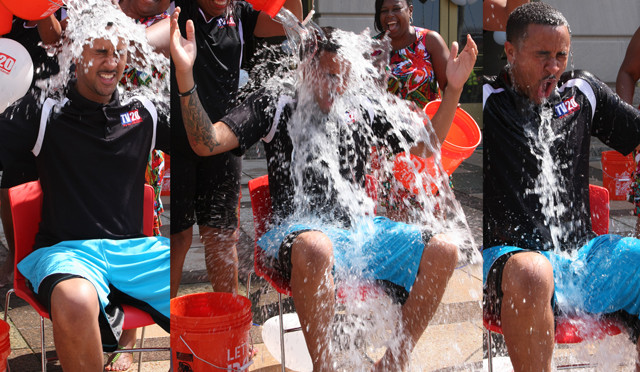 Have you accepted the ALS Ice Bucket Challenge?! It is a cause that has caused a social media storm and has swept the nation. Many people from celebrities, athletes, politicians, etc have taken on the ice cold water, all for a greater cause. We here at TV20, also took part, along with Cleveland Police, Fire, EMS, local officials, and other fellow City of Cleveland employee’s.  In addition to taking the challenge, people are also encouraged to donate to the ALS Foundation. TV20 did that as well! In addition, we raised 500 dollars!

For those who might not be clear on what exactly ALS is, I have some information to help clear that up for you. ALS is also referred to as “Lou Gehrig’s Disease.” It is a progressive neuro-degenerative disease that affects nerve cells in the brain and spinal cord. It is horrifically painful for those living with this condition. With voluntary muscle action progressively affected, patients in the later stages of ALS may become totally paralyzed.  Importantly, there are significant devices and therapies that can manage the symptoms of ALS that help people maintain as much independence as possible and prolong survival. It is important to remember that ALS is a quite variable disease; no two people will have the same journey or experiences.

Now, back to the Ice bucket Challenge.  Dumping ice cold water on yourself is similar (although not completely) to the way someone feels dealing with this nerve damaging issue. It has been released that the ALS Foundation has topped $100 million in donations from people all over the globe. It is truly moving to see how many people have gotten involved in such a short time. The ALS Association’s mission includes providing care services to assist people with ALS and their families through a network of chapters working in communities across the nation and a global research program focused on the discovery of treatments and eventually a cure for the disease.

In some cases, ALS can become 100% fatal, as patients can eventually lose the ability to eat on their own, sleep, or even breath.  There might not be an official cure for this detrimental disease, but joining forces and coming together as a community has been the goal. Here at TV20, and even throughout the City of Cleveland, that goal has been reached. Watch our ALS Ice Bucket Challenge for yourself this week during our “Weekly News Wrap-up.”  Make sure to stay tuned to TV20 for even more on what is happening in our area, and keep on freezin’ for a reason!