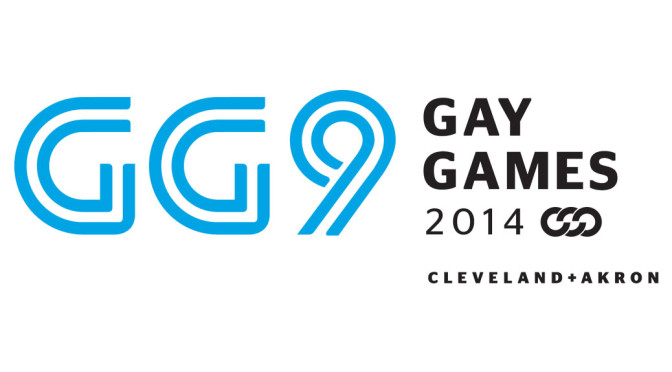 One of the most inclusive sports and cultural festivals found its way to Cleveland, Ohio on  August ninth through the sixteenth. The 2014 Gay Games was presented by the Cleveland Foundation and took place all over Cleveland and Akron. The Games were open to all adults regardless of sexual orientation or athletic ability.

People may ask, why Cleveland? The official Gay Games website states that  “Cleveland was chosen because of the superb sports venues, affordable living accommodations, accessible transportation, support, and the ability to create change.” Since mid-May more than twenty-three diverse organizations agreed to pledge their support for the Games; this number peaked at over fifty organizations showing support.  The signature rainbow flag was seen waving above City Hall all week long in order for all to see that Cleveland was nothing but a support system for GG9.

Even though the Gay Games are held every four years, they are vital to any city because the Games brought the global community together with friendship, participation, but most of all, healthy competition. During Game Week more than 35 sports and cultural events were held with a strong emphasis on participation. There were more than 20,000 people that attended Gay Games 9 from more than 50 countries.

The sporting events ranged from body-building to badminton with parties and contests owning the nightlife. Each event was full of participation from competitors all over the country, which is nothing less than phenomenal for the City of Cleveland.

The Economic impact from the Games was also worth noting. According to the official Gay Games website, the games brought on the upwards of tens of millions of dollars to the economy of Cleveland, which is a substantial contribution.