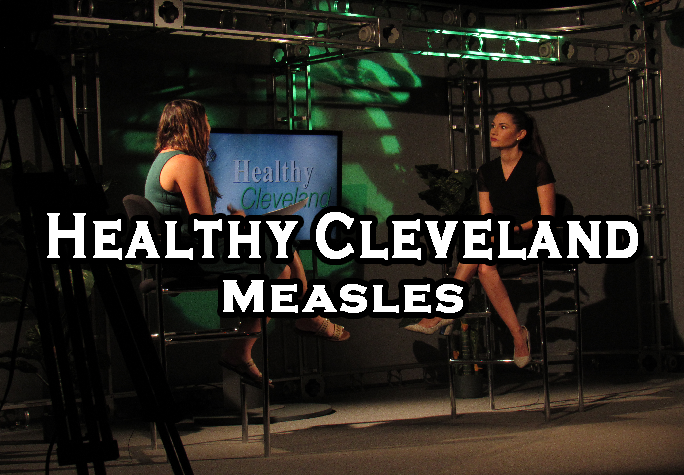 TV20 is back with another episode of Healthy Cleveland. In this episode, host Leah Longbrake sits down with Dr. Natalie Hinchcliffe, Medical Director for the Cleveland Department of Public Health, to discuss measles.

Symptoms of measles includes: a high fever, red eyes, runny nose, and a cough. In addition, a rash forms 5 days after symptoms begin showing. While the rash may go away, an individual inflicted by measles is at risk for health complications for years to come. In short, measles can be fatal. It is much more than a rash and a fever.

Measles is an entirely preventable infection, with an effective vaccine readily available. In 2000, the Center for Disease Control declared the disease eradicated in North America. However, like with many preventable illnesses, there are those who are still at risk. Babies/children, the elderly, pregnant women, and immune compromised individuals are all at a higher risk of a measles infection.

The City of Cleveland offers FREE vaccinations for those who are uninsured, underinsured, or have Medicaid, at either of their vaccination clinics:

For more information on measles or the Cleveland Department of Public Health, visit their website at clevelandhealth.org or call 216-664-2324. You can also find them on Facebook.com/CLEDPH and on Twitter @CleDPH.