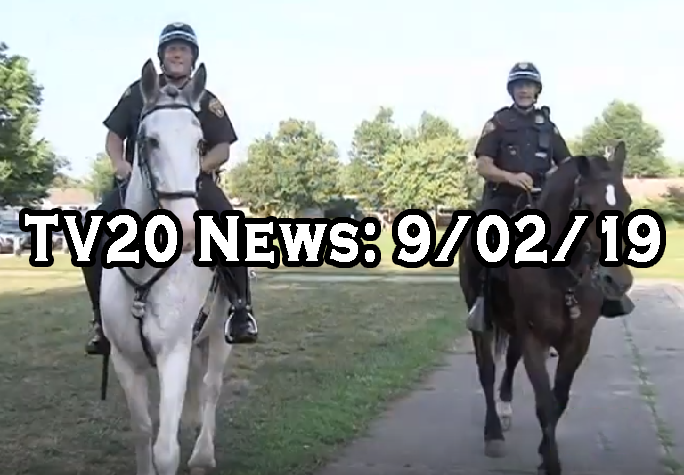 Welcome back for this episode of TV20 News – Week of 9/2/19!
Be sure to subscribe to TV20’s official Youtube channel to stay up to date on all things Cleveland!

The first class of pipe repair apprentices for the Cleveland Division of Water graduated after more than a year of training. Mayor Frank Jackson congratulated them on their accomplishments and told them that what they did will benefit others.

The City of Cleveland’s Youth Opportunities Unlimited Summer Work Program also came to a close with a big celebration at the Double Tree Hotel. Public Utilities Director Robert Davis reflected on how the program has changed over the past 14 years.

Get On Track Graduation with Judge Emanuella Groves (6:43)

The Friendly Inn, of Cleveland’s Central Neighborhood, recently held their annual Back 2 School Rally. The rally was sponsored by Molina Healthcare, and they were behind the handing out of free school supplies.

Housing Court Judge Ron O’Leary hosted another Neighborhood Housing Clinic, this time at Our Lady Mount Carmel School on West 70 th Street. Residents who live in Cleveland and Bratenhal had a chance to meet with a variety of local organizations that assist home owners, renters and land lords.

Impett Park, on Cleveland’s West Side, held a Safety Fair where neighbors could learn about Cleveland’s Police Department, and ways to keep their families safe. First District Commander Daniel Fay and his team of officers were on hand interacting with the community.

Boys and girls and adults alike came to Fire Station 38 on Bellaire Rd., curious to learn a little more about their local firefighters, and to enjoy a refreshing treat. Fire Chief Angelo Calvillo said these ice cream socials are a great way to get to know the community better.

Cleveland’s Aircraft and Firefighting team, Cleveland’s Division of Fire and EMS, along with first responders from neighboring cities took part in a mass casualty disaster exercise. The people playing the injured are actors, each given instructions on the severity of their injuries.

For more than 4 decades, the Glenville neighborhood has been hosting their yearly community festival at Sam Miller Park. Among the vendors at this year’s festival were local entrepreneurs & businesses, city organizations, and none other than TV20.

Drums, Music, Dance, Clothing and a bit of history were on display at this year’s UMOJA celebration, held at Gardenview Park. UMOJA is one of the Kwanzaa principals for Unity, says Lynn Hampton, President and CEO of the Carter G. Woodson Project.

The Cleveland Orchestra celebrated their 30th Anniversary of the Star Spangled Spectacular on Mall B in downtown Cleveland. The free event, which is usually held around 4th of July, was moved to August because of All-Star week.