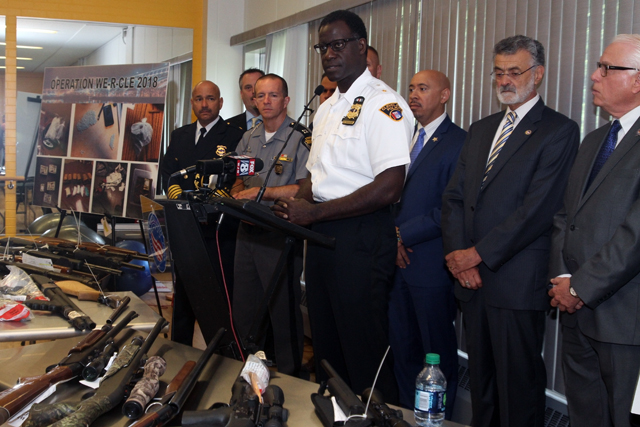 In a special press conference held this Wednesday,  it was announced that an effort between a number of Ohio law enforcement agencies has lead to over 300 arrests in Cleveland.

“This is what we do normally, but on steroids.” -Cleveland Police Chief Calvin Williams

Phase two of the operation is currently underway, with more information being shared at a later date.