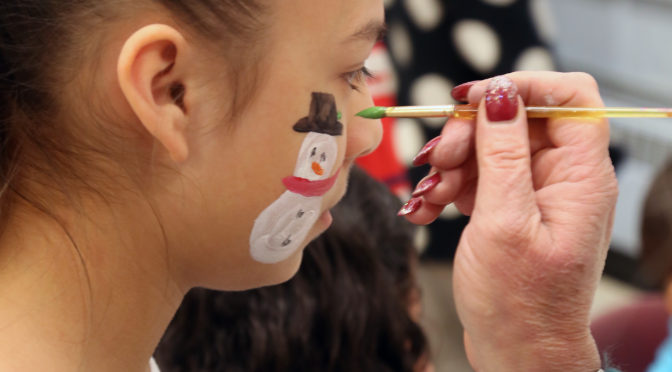 In a collaboration between Councilman Kazy, The Cleveland Police Foundation, and First District Community Relations, West Park Academy was home to its first children’s Christmas party!

Hosted by Councilman Kazy and the man in red himself, Santa Claus, more than 100 at need students from local CMSD schools were invited for an afternoon of food, fun, and festivities. With free pizza & Santa singing Christmas carols, there were no frowns to  be seen in the building.

Local businesses, The Cleveland Police Foundation, and Councilman Kazy himself all took on the responsibility of making sure each child got a hand pick gift. Kids were asked to make a list of 3 potential gifts they’d want.

CPD Captain Sulzer and two additional CPD officers were present as well, playing alongside the kids, and even sitting down for story time with Santa. Relations between CPD and Cleveland youth are an important focus of the First District Community Relations.

If you’re interested in donating or volunteering for next year’s Christmas Party, you can call 216-857-0214.