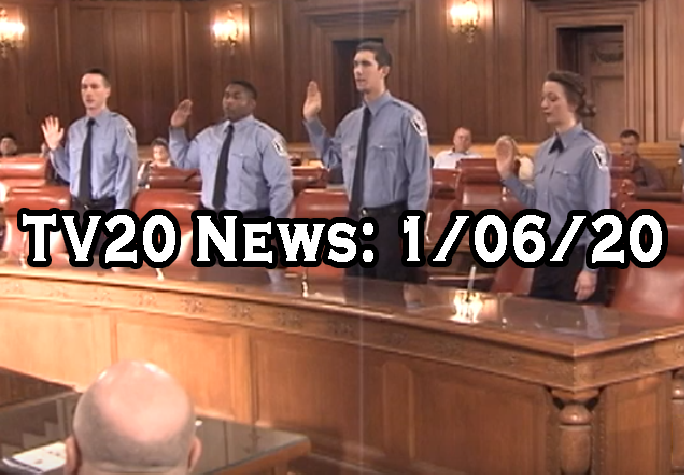 Welcome back for the first episode of TV20 News for 2020 – Week of 1/6/20. Be sure to subscribe to TV20’s official Youtube channel to stay up to date on all things Cleveland!

The Cleveland Division of Police held a ceremony in City Council Chambers to honor some of their own for heroic work done during 2019.

Cleveland Mayor Frank Jackson administered the Oath of Office to the Class of EMS 2019-01, making them Paramedics for the City of Cleveland.

The City of Cleveland recently held an awards ceremony for the Second District and the members of the community who have contributed to and assisted the Cleveland Division of Police.

Ward 7 Councilman Basheer Jones announced he would be paying the dues of the Senior Class at Martin Luther King High School.

Applications are being accepted for the 2020 Exterior Paint Program.  You can get the necessary forms at www.Cleveland-OH.us.

The File of Life is an information packet that sticks to you refrigerator.  In an emergency, first responders can save time asking you questions by obtaining the necessary information from your file of life.  Get yours today be calling the Cleveland Dept. of Aging at 216-664-2833.

The Legal Aid Society held their 114th annual Report to the Community at the Hilton Cleveland Downtown.  The Lawyers in the Society offer their services, pro bono, to those in need who could use them.

Stanley Eng played a vital role in shaping Cleveland’s Asiatown into what it is today. After his passing, the City of Cleveland looks to permanently memorialize him.

Y-Haven, a support group for homeless men, had a meet and greet with Cleveland Mayor Frank Jackson where they discussed the recent play they produced.

The 9th Annual Girls Health Summit was set up to be a positive, educational, networking and fun event for girls ages 10-17, centered around health with workshops for all participants.

Cleveland employees were honored for their length of service at a celebration in the rotunda of Cleveland City Hall.