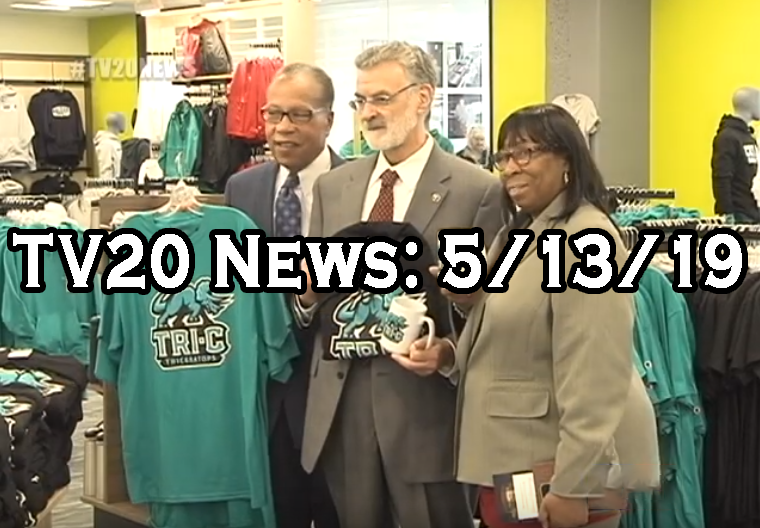 Here are the pieces from this week’s episode of TV20 News.

It was a celebration under the tent at the construction site of the new MetroHealth Hospital. In just 3 short years, the landscape will change for the better, and it all starts with the ceremonial moving of the dirt.

The ribbon was cut on Aspen Place, a brand new subsidized apartment complex located at West 61st and Lorain Avenue in the Ecovillage area of Ward 15. Mayor Jackson was in attendance and spoke about the importance of having accessible housing options.

The American Red Cross and the Cleveland Division of Fire are teaming upto install smoke alarms in houses that desperately need them. The Venture is part of a national campaign called “Sound the Alarm, Save a Life”, which aims to install 100,000 smoke alarms throughout the country during a 2 week period.

Mayor Frank Jackson, along with Council President Kevin Kelley, Ward 12 Councilman Tony Brancatelli and Sustainability Chief Matt Gray teamed up with residents to plant trees at Fullerton Elementary School and around the neighborhood in honor of Arbor Day.

The residents of the Newton Avenue community have a new place to play, relax and exercise, thanks to a collaboration between Case Western and the Cleveland Clinic. To officially open the park, neighbors came out to help cut the ribbon with their Councilman, Basheer Jones.

It was graduation day for students who went through and intriguing program with the Cleveland Division of Water. The Program is called Cleveland STEP, or Student Technical Enrichment Program, and for one Saturday a month from September through April, students in grade 6 through 9 received hands on experiences at careers in the STEM fields, along with activities, experiments and tours.

It was a day of learning and fun as the children of City of Cleveland Employees came to City Hall to participate in the National Take Your Child to Work Day event. During the lunch, HR Director Nicole West, Ward 7 Councilman Basheer Jones and Public Affairs Chief Natoya Walker-Minor spoke to the crowd.

Ward 5 Councilwoman Phyllis Cleveland hosted her 2nd Annual Easter Egg Hunt and Pancake Breakfast at the Friendly Inn Settlement House. Families were treated to a delicious breakfast, lots of candy and a chance to dance and play. Councilwoman Cleveland says having events like this is reminiscent of her childhood and watching the kids brings her joy.

Cleveland Arts and Culture Coordinator, Cornell Calhoun the third, showcased his annual sustainable and eco-friendly themed play at the Tri-C Metro Theater. The play, called “The Green Book II”, was performed as a sit-down stage reading by students of Tri-C, and was a parody of HBO’s show “Game of Thrones”.

The organization Junior Achievement of Greater Cleveland hosted their 2019 JA Field Day at Cleveland Public Auditorium. Hundreds of kids from all over the region had the opportunity to learn about the different career fields available to them and participate in workshops.