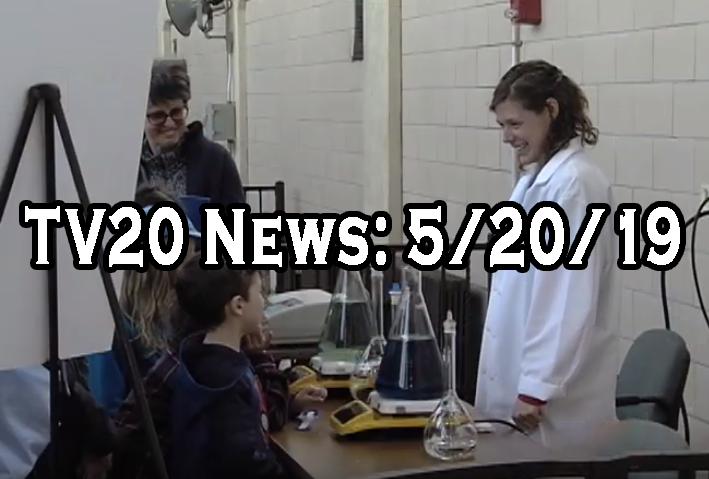 Here are the pieces from this week’s episode of TV20 News.

The Cleveland Clinic teamed up with Case Western Reserve University to create a new 132,000 square foot dental clinic as part of the Health Education Campus on Chester Avenue. The ribbon was officially cut recently at the dedication ceremony.

The Cleveland Division of Water opened its doors to the Baldwin Water Treatment Plant as part of the National Drinking Water Week. Attendees had the opportunity to tour the facility and learn about the process how we get our clean drinking water.

A rally was held on the steps of Cleveland City Hall in support of those previously incarcerated who are trying to start over a new, successful life in the city. Ward 7 Councilman Basheer Jones also spoke at the rally, in favor of Mayor Frank Jackson’s stance of offering job opportunities to those who were previously incarcerated.

In the Neighborhood at Friendly Inn (9:55)

The Cleveland Municipal Court’s Clerk of Courts Office is continuing their “In the Neighborhood” program, where the courts come to you and you can make arrangements to clear up any traffic or minor legal issues you may have.

The Rotunda of Cleveland City Hall was filled with praise and song at this year’s National Day of Prayer event. The event was open to people of all denominations. Grady Stevenson, Director of Cleveland’s Community Outreach Board, welcomed everyone to the rotunda and presented a proclamation.

Iconic sweet spot Jack Frost Donuts joined Council President Kevin Kelley and other local businesses in hosting a fundraising event to help those in need, which included drinks from Fat Heads Brewery, music and entertainment from Fusion, and of course Jack Frost Donuts!

The Boys to Men Empowerment Summit brought a variety of resources to the young men of the Cleveland Area, which included haircuts and health check-ups. We sent TV20 Special Correspondent Errol Porter to the Galleria to learn more.

The Greater Cleveland Food Bank opened its doors once again for the annual Market at the Food Bank benefitting the Harvest for Hunger Campaign. Ward 14 Councilwoman Jasmine Santana was a first time celebrity server, helping out at the West Side Market Café table. Though it may be her first time at the event, it’s not her first time with the Food Bank.