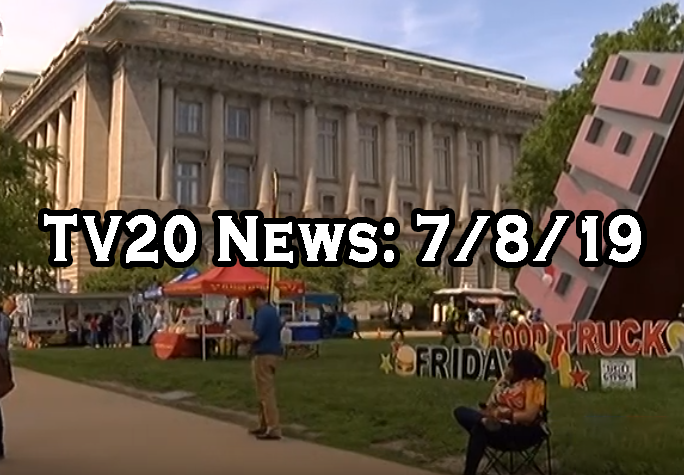 Welcome back for another episode of TV20 News. Don’t forget to subscribe to TV20’s official Youtube channel to stay up to date on all things Cleveland!

The Fisher House provides free, temporary lodging so military and Veteran families who live 50 miles or further from the VA can be close to their loved ones during a medical crisis.

Mayor Frank Jackson was on hand to officially kick off the 2019 pool season and he said there is more happening in Cleveland for the younger crowd besides the pools.

The City of Cleveland recently celebrated the 2019 Asian Heritage Day with a celebration in the City Hall Rotunda. Mayor Frank Jackson presented a proclamation to members of the Bhutanese Community of Greater Cleveland, who in turn reciprocated with a token of appreciation.

The Rotunda of City Hall hosted another big celebration, as the City of Cleveland celebrated Slovenian Statehood Day. It was in 1850 when the first Slovenian came to the city and they found Cleveland to be the perfect place.

Urban Kutz Barbershop and the City of Cleveland Community Relations Board teamed up for Father’s Day reading initiative with hopes of impacting families in a major way. Every child that attended this event received multiple books of their choice for free, courtesy of the Literacy in the Hood program.

Did you know that the Cleveland Municipal Court has a special program for women caught up in Human Trafficking that are looking to turn their life around? It’s called the F.L.Y., or Freedom Lives in You, program and it is overseen by Judge Marilyn Cassidy.

It’s not officially summer until the Larchmere “Rock the Blocks” celebration takes place!  TV20 Special correspondent Errol Porter has more on the story.

Kamms Corner in West Park was filled with the sounds of Ireland at their annual Hooley event. The Hooley is celebrating its 10th anniversary and Ward 17 Councilman Martin Keane still remembers its humble beginnings.I

Food trucks of all kinds are parked outside the Free Stamp ready to serve you with whatever you may be craving. The food fest is overseen by Cornell Calhoun, Cleveland’s Arts and Culture Coordinator.

Radio legend Tom Joyner, who is retiring this year, was recently honored with a special ceremony at the brand new East Side Market.

Iconic Musician and Radio Host Michael Stanley was recently honored with his own street! Huron Road and East 13th in the Playhouse Square District was renamed Michael Stanley Way.