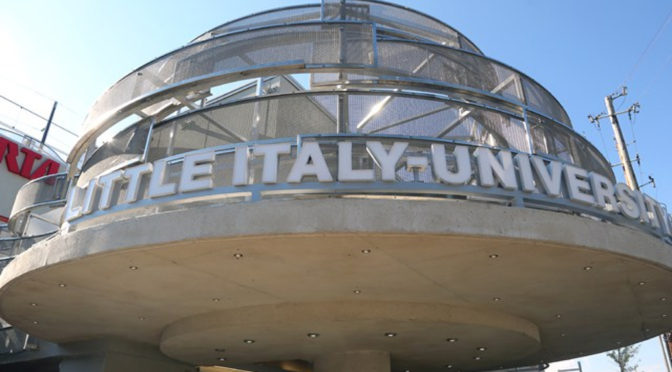 Below you can follow along with what is airing this week with our complete TV20 schedule.

The brand new Little Italy-University Circle red line rapid transit station has officially opened…city leaders spoke about the value the new the $15 million investment brings to the community at the recent ribbon cutting.

The project manager for the new Hilton Cleveland Downtown recently told Cuyahoga County Council that the $276 million dollar hotel is on track and budget for its June 2016 opening. An underground walkway could possibly be built below Lakeside Avenue to connect the hotel and Huntington garage, where guests will park. The hotel will connect to the Convention Center and Global Center for Health Innovation when completed, just in time for the Republican National Convention.

A farewell event for Director of Port Control Ricky Smith took place at Cleveland Hopkins International Airport…it was clear the impact his leadership has had and will last a long time.

The 38th Annual Glenville Festival and parade brought out members of the community for a day filled with fun…Ward 10 Councilman, Jeff Johnson spoke about the importance of the event for our youth.

National Health Center Week runs annually during the month of August to recognize America’s Community Health Centers. Organizations from the area gathered together at City Hall Rotunda to celebrate the success they have had over the past 50 and its significance in Cleveland.

UNIVERSITY SETTLEMENT BACK TO SCHOOL FAIR

University Settlement is a center that provides social services to residents of the Broadway-Slavic Village neighborhood. The group was recently chosen by the United Church of Christ to be a partner of their “Reading Changes Lives Initiative”. As a result, they received 1,000 back packs to give a way to children just in time for their 14th Annual Back to School Fair.

ESPERANZA ANNUAL BACK TO SCHOOL FAIR

Esperanza Incorporated has a mission to improve the academic achievement of Hispanic Students in the Greater Cleveland area by helping them to graduate high school and by promoting post-secondary education. Esperanza recently held a back to school fair to give local students all the key essentials they need to start the new year.

The City of Cleveland Waste Reduction Challenge recently kicked off at City Hall Rotunda. Ten participating teams are in the running for the grand prize, which includes a catered lunch with Mayor Jackson. Each team will fight to complete from over 50 simple acts to help reduce waste and continue to keep Cleveland a sustainable city.

High school athletes from the Greater Cleveland area recently came together for National Signing Day: Acting and Advocating Against Violence, held at the Cuyahoga County Juvenile Center. The goal of the event was to inform young men and woman about dating and sexual violence. The students were then asked to sign a pledge promising not to engage in this type of violence and to encourage their fellow peers to do the same. Advocates from the community were there to discuss its importance and impact.

Children from around the community gathered at Rockefeller Park for the 4th Annual Cops for Kids Fishing Day, which gave local law enforcement the opportunity to interact with our youth, all while teaching them an important lesson about life.

The Neo-Cycle Urban Youth Initiative recently kicked off with a field day event at Nela Park. Hundreds of students from the community gathered to learn more about the new program and what it entails for them and their future.

A Tribute to the Honorable Louis Stokes.

A farewell event for Director of Port Control Ricky Smith took place at Cleveland Hopkins International Airport…it was clear the impact his leadership has had and will last a long time.

Learn how the The Cleveland Metroparks offer year-round fun at Edgewater Park and Beach! Then we’ll head over to Jacob’s Pavilion at Nautica to see how Brewing and beer culture is growing in our city at the 3rd Annual World Beer Festival!

Today’s Guest: Director of Law for the City of Cleveland, Barbara Langhenry.

Today’s Band:  Bobby Kravos and the Boys in the Band

Disciplinary actions have recently been taken against officers from the Cleveland Division of Police.