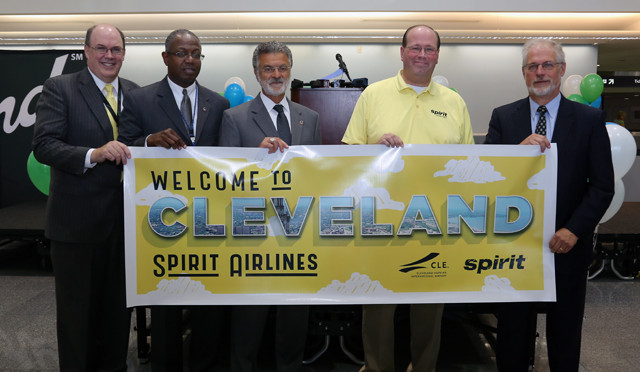 Hi Cleveland! For those who want additional information on some of the major stories featured in our Weekly News Wrap Up, you have come to the right place! Here’s a few of those stories that made the list this week:

Cleveland Firefighters are considered more than just fire men and woman, they are our local hero’s! They put their lives on the line each and every day, to help protect our Community. Mayor Frank Jackson and the Department of Public Safety promoted 42  of those Cleveland fire men and woman, during their Fire Promotions Ceremony, held in the City Council Chambers.

Next up, we have The 2014 Council of Agency Executives Annual Meeting! Mayor Frank Jackson, many local officials, and United Way Supporters gathered for this event. The main objective was to celebrate, as well as discuss the Community’s new approach to solving our City’s most pressing and important issues. This year’s meeting highlighted United Way’s focus on extending income, health, and education within the Greater Cleveland area. The United Way of Greater Cleveland has that mission and goal, which we are seeing come to pass.

President and CEO of the United Way, Bill Kitson was there and spoke on the importance of this movement, not only for our Community, but essentially for the youth of Cleveland. This meeting showcased how we are going to band together to prevent issues we may have faced in the past from coming back!

Hispanic Heritage month is still ongoing, and to kick-off this great event, a celebration was held at The Marriott Hotel. This event’s purpose was to recognize and honor the contributions of Hispanic and Latino Americans in Cleveland!

The keynote speaker of the evening was Toinette Parrilla, who was the first Latina to serve as Director of Public Health for our Community. She received a few awards at the celebration! A proclamation and resolution was presented to Lucy Torres from both Mayor Jackson and Ward 14 Councilman, Brian Cummins, recognizing September 15th- October 15th, as Hispanic Heritage Month! We give our appreciation and thanks to the many Hispanic and Latino men and woman who have contributed so much to our City.

Big news from the Cleveland Hopkins International Airport! Those traveling to and from Cleveland through the airport have another reason to get excited! A new Airline offering low fares and non-stop flights has now arrived! We were there to cover this big announcement, of course!

Service through Spirit Airlines officially starts in January of 2015, but you can start booking your flight now by visiting Spirit