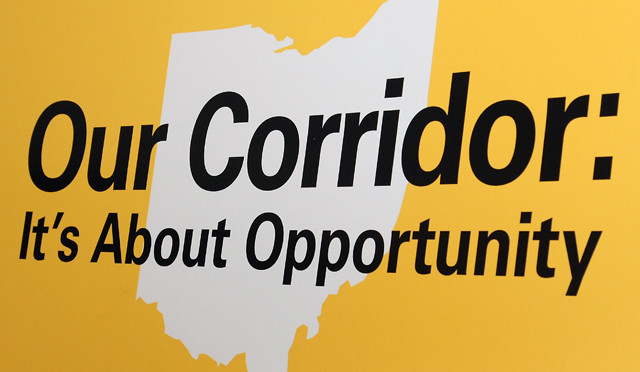 For those who have not seen our Weekly News Wrap Up, it is where you get the most in-depth coverage of every major story happening in Cleveland. We always have you covered! Here’s a few of those stand-out events that made the list this week:

Topping that list was the major change coming to a Cleveland neighborhood, announced by Mayor Frank Jackson and Governor of Ohio, John Kasich at a Press Conference. This event was held at the Ken Johnson Recreation Center and featured many local officials from the City to introduce another milestone called “Opportunity Corridor.” Each speaker briefly touched on why this is a new beginning for our Community and how “Opportunity Corridor” really starts with its people. The 35 mph, 4 to 5 lane Boulevard stretches from I-490 and East 55th Street to Chester Avenue, and East 105th Street. The project can now move forward, since gaining environmental approval!

The main goal of this project is a simple yet impactful one: to get Cleveanders off of “Opportunity Corridor” and into the surrounding areas to see what is going on. The Boulevard will enhance up and coming University Circle projects, as well as the Performing Arts Center at Case Western University. This is a new opportunity, one in which will change Cleveland into an even more attractive place to be. We will be airing the Press Conference in its entirety this week on TV20, check our schedule for times!

Running for recovery! It is such a great thing when people join together for the same cause, to fight the same fight, which happens quite often here in Cleveland! This was the theme of the 2nd Annual Sobriety Walk and Run, where many men and woman gathered to celebrate, and run of course. There are people who have dealt with hard-hitting issues such as alcohol and drug abuse, but have managed to over-come their demons. Cleveland Municipal Court Judge Anita Laster Mays also took part in this event, while showcasing her over-whelming support for her fellow runners. The sky was grey and gloomy, as rain wet the pavement…but the sunshine and light beaming out of these participants was inspiring enough.

In addition to all of that, this event teamed up with the ADAMHS Board of Cleveland, which is responsible for the funding, planning, and monitoring of public health, drug addiction services, and alcohol-related issues. The ADAMHS Board is a major component in helping to shed information on struggling with these issues, and are credited for saving lives.

Bullying has become more and more of an issue as time has gone by. An issue that we still have yet to find an end too. With social media on the rise, it has become easier for bullies to terrorize their victims. I was personally a victim of bullying throughout grade school and high school myself; it has made me such a stronger person though in the end. Tyree Black, who was 13 years old, found himself a victim of bullies’ antics. Sadly, it was too much for young Tyree to handle, and he ended his life. We see that more nowadays than ever, I feel. Suicide numbers have been on the increase, but there is a way out.

That is exactly what the Show Wagon Dance Tribute to Tyree Black was all about. It showcased family members including Tyree’s mother, who has been a part of Show Wagon for a number of years. It also had friends and community members who wanted to come out to show their support. The event in and of itself was an emotional one, but proved to be a celebration of young Tyree’s life. This event also shined a light on bullying, and how rallying to fight it, can be the way to end it. The power of faith and love was evident on all sides. Our sincere condolences go out to Tyree Black’s Family and loved ones during this difficult time.

We are a city of many cultures, a world of many cultures. There was no better way to honor and celebrate those ethnicities than attending the “One World Day” Festival. This festival was inspired by the beauty and potential of Rockefeller Park and the Cleveland Cultural Gardens. James Levin, Ingenuityfest creator and Cleveland Public Theatre founder, launched this event to ultimately bring people back to the fun-filled, eye-catching gardens. The One World Festival expands upon the Cultural Gardens’ “One World Day”, which has been a staple in Cleveland for the past 66 years-, an incredible accomplishment! With 2013 being such a hit, this year, the event was expanded to two-days, and was free and open to the public! It included delicious ethnic food, drink, and musical entertainment that helped show the best of what our City’s Cultural Communities had to offer! There were a variety of ethnicities gathered at One World Day, such as: Italian, Polish, Czech, and many more! The true importance of this staple was to learn more about Cleveland’s various cultures, while still celebrating and embracing one’s own!