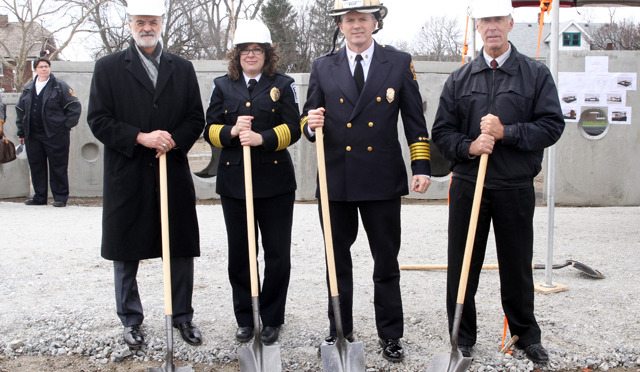 Below is a complete listing of what is airing this week on TV20, along with our Weekly-News-Wrap-Up Video:

The Rock and Roll Hall of Fame inductions returned to Cleveland, bringing glitz and glam to the home of rock and roll!

Five years ago First Lady Michelle Obama launched the Let’s Move Campaign as a way to help raise a generation of healthier kids. To Celebrate the 5th Anniversary of let’s move the First Lady is challenging everyone to Gimme Five, showing ways to be healthier and more active. Our very own Ward 15 Councilman Matt Zone was served the challenge and here’s his Gimmie Five.

Since 2008, Northeast Ohio has received more than 2,500 refugees, most from areas of conflict across the world including Africa and the Middle East. Approximately 500 refugees arrive in Cleveland annually, and these men and woman now have a new place to call home in the Ohio City neighborhood. Mayor Frank Jackson was joined by other City leaders for the West 45th Street Refugee House ribbon cutting ceremony.

The City of Cleveland recently implemented the local resurfacing program, and changes are now underway on East 123rd Street surrounding the Buckeye area. The program has also tackled pot holes in our community, which is an ongoing effort. Chief Operating Officer for the City, Darnell Brown discussed this new phase and its importance.

Another fire station has been restored in the City of Cleveland! Mayor Frank Jackson was joined by other City Council and Community, Members for the Fire Station Number 36 Groundbreaking Ceremony.

Soon there will be a brand new City of Cleveland 3rd District Police Station and City W  ide Communications Center on Chester Avenue near East 55th Street. The sixteen point eight million dollar state-of-the-art, three-story facility will include local art work and a community room for public meetings and events. The 3rd District covers the area from the east bank of the Cuyahoga River to University Circle and Little Italy.

IN THE NEIGHBORHOOD EVENT

Clerk of the Cleveland Municipal Court, Earl B. Turner, in partnership with the Word Church hosted the first “In the Neighborhood” Event giving Clevelanders the opportunity to wipe their records clean of traffic violations and other misdemeanors

The City of Cleveland Department of Aging knows how confusing the social security process can be, especially for seniors and those reaching retirement age, so director of the Department of Aging, Jane Fumich, invited Brandon Smith who is a Public Affairs Specialist for the Social Security Administration to clarify some of the most common questions and concerns we may have.

Earth Fest is Ohio’s largest environmental education event and also happens to be the longest running Earth Day Celebration in the Nation, thanks to the Earth Day Coalition. It is also in partnership with Mayor Frank Jackson’s Sustainable Cleveland 2019 Initiative, so this year Earth Fest helped celebrate the Year of Clean Water with workshops devoted to promoting the ways we can conserve, protect and restore our most valuable water resource: Lake Erie. Mayor Jackson spoke at the event thanking everyone for their involvement in both Earth Fest and with Sustainable Cleveland.

The Case Western Reserve University student-run free clinic recently held their 1st Annual “Break Out of the Bubble” 5K run and 1 mile walk. The walk was put on to raise money for the student ran clinic, which is dedicated to providing high quality, compassionate health care to undeserved populations within the Greater Cleveland community.

As part of the 3rd Annual “At Home Neighborhood Residency” Program, the Cleveland Orchestra has been performing at multiple churches throughout the Slavic Village Community. The residency spans the months of April and May and includes free performances and activities by the orchestra and youth ensembles. The most recent event was held at Our Lady of Lourdes Church, which greatly touched their head pastor.

The City of Cleveland Division of Animal Care and Control helps to rescue thousands of dogs every year, and hopes to find new homes for these loveable and loyal pets. We went to the Cleveland Kennel to learn more about how the dogs end up there, how you can adopt one, volunteer at the kennel and the new programs they offer.

Presiding over this week’s cases is The Honorable Judge Emanuella Groves.

Host Justine takes us to the 39th Cleveland International Film Festival to catch all of the movie action.

Women gathered at the City Hall Rotunda to learn about fibroid tumors in a presentation as part of the Women’s History Month series.

M: When the police in a German city are unable to catch a child-murderer, other criminals join in the manhunt (1931).