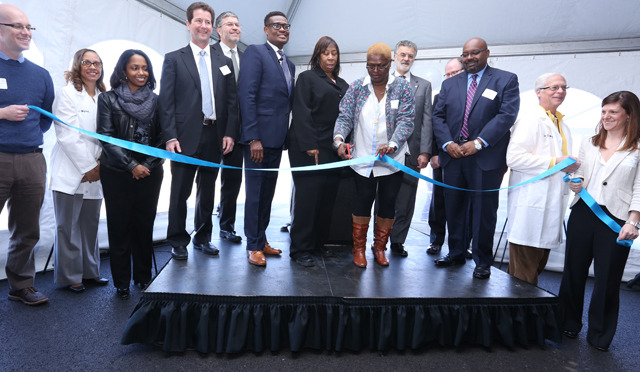 Below is a complete listing of what is airing this week on TV20: We Are Cleveland:

At a recent Cleveland City Council Caucus Meeting, Council President Kevin Kelley announced that the city would be increasing its financial commitment to resurfacing roadways.

The Ohio Public Interest Research Group surveyed millennials in Cleveland on better options for transportation. The results were recently released at a Press Conference held at the RTA Headquarters.

The City of Cleveland was recently recognized by the U.S. Energy Department for their ongoing leadership in saving energy and reducing greenhouse gas emissions within Fire House number 1.

The City of Cleveland celebrated Women’s History Month by honoring the service of 15 female employees at the 2015 Employee Recognition Luncheon.

Volunteers recently gathered for the grand opening and expansion of the new Hunger Center at St. Paul AME Church, to raise awareness for hunger in our community.

Women gathered at the City Hall Rotunda to learn about fibroid tumors in a presentation as part of the Women’s History Month Series.

The Beauty and Brains Empowerment Series Networking Event took place at Crop Bistro. Entrepreneurs from our community gathered together to connect and grow.

One of the films shown at the 39th Annual Cleveland International Film Festival was Semicolon: The Adventures of Ostomy Girl, a story about a young women living with Crohn’s Disease.

Spring has arrived in a big way at the Cleveland Botanical Gardens with the 3rd Annual Big Spring! TV20 went to the gardens to see fun activities are in store for you and your family this year!

Presiding over this week’s cases is The Honorable Judge Pauline Tarver.

The Division of Fire Promotions Ceremony

Seven Cleveland Firefighters were recently promoted to their new ranks at a Swearing-In Ceremony held at Cleveland City Hall. The Oath of Office was administered by the Honorable Mayor Frank Jackson.

The Central Neighborhood Clinic at the Care Alliance Health Center recently held its grand opening. Mayor Frank Jackson was joined by Councilwoman Phyllis Cleveland and other City Leaders to discuss its importance.

The Black History Month Closing Ceremony was held in the City Hall Rotunda and was a salute to Stephanie Tubbs Jones, as well as a gathering of other successful African-Americans from our community who have made an impact in Cleveland.

Chief Justice of the Ohio Supreme Court, Maureen O’Connor administered the Oath of Office to the Honorable Judge James H. Hewitt, who was recently sworn-in as the newest member of the Cleveland Municipal Court.

The 2015 top 25 under 35 Movers and Shakers were recently honored by the Cleveland Professional 20-30 Club with an event held at the Global Innovation Center for Health.

Today’s Guest was Sue McConnell, Senior Vice President of the Better Business Bureau Serving Greater Cleveland. This week’s topic was about making automobile purchases of both new and used vehicles. There are a lot of scams to look out for and the importance of doing advanced research on the business that you choose. We also shared with consumer’s the best practices and things they should look out for in making an automobile purchase.

Today’s Guest: Director of Public Works for the City of Cleveland, Michael Cox.

Night of the Ghouls: Phony spiritualist raises the dead (1959).