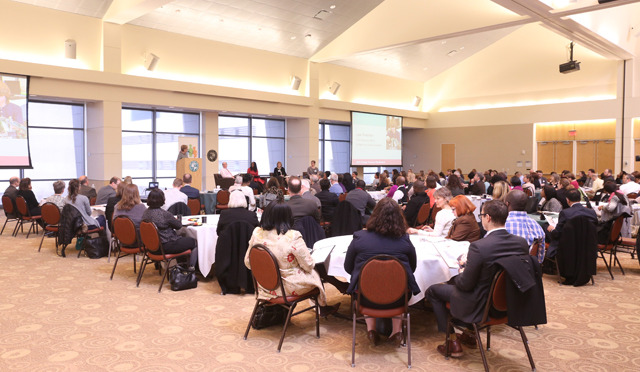 Below is a complete listing of what is airing this week on TV20! You can also see the full Weekly-News-Wrap-Up in the video posted below!

Here is our Weekly-News-Wrap-Up in its entirety!

School and City Officials gathered at Cleveland State University’s Ballroom for the Higher Education Compact Dashboard Event, which included the 2014 report to the community and strategies to further students’ success.

Destination Cleveland held their Annual meeting at the Quicken Loans Arena. Community Leaders discussed how far our City has come, and what lies ahead.

The Neighborhood Housing Clinic Event, sponsored by Judge Raymond Pianka and the Cleveland Housing Court was held at Collinwood Recreation Center and offered information to residents with various housing concerns.

March is Women’s History Month and to celebrate a Kick-Off Event was held by the Community Relations Board at the City Hall Rotunda. The event honored women who have gone above and beyond in Cleveland.

Chief Justice of the Ohio Supreme Court, Maureen O’Connor administered the Oath of Office to Judge James H. Hewitt, who was recently sworn-in as the newest member of the Cleveland Municipal Court.

The Northern Ohio Recovery Association, also known as N.O.R.A, is a community based substance abuse and prevention organization. They recently opened a brand new facility geared towards helping women recover called the Next Step Recovery House. Reporter Leah Haslage sat down with the founder of N.O.R.A, Anita Bradley, to learn more.

The renovation of Public Square is underway, which means there are changes to your normal commute. During this renovation, Ontario Street and Superior Avenue within the square will be closed to all traffic. The surrounding Public Square roadways and Rockwell Avenue will offer access to bus traffic and local vehicular traffic only.

The 2015 Top 25 under 35 Movers and Shakers were recently honored by the Cleveland Professional 20- 30 Club with an event held at the Global Innovation Center for Health.

People were freezing for a good reason at Edgewater Park for the 6th Annual Cleveland Arctic Plunge!

EarthFest is the longest running Earth Day celebration in the Nation, and is also Ohio’s largest environmental education event. This year it will be on Sunday, April 19th once again at the Berea Fairgrounds. The Earth Day Coalition has partnered with Mayor Jackson’s Sustainable Cleveland 2019 Initiative for the event and will celebrate the Year of Clean Water.

Recently we celebrated Downtown Cleveland Restaurant Week and TV20 checked out a few of the participating spaces. Today is the final restaurant in our three-part series– Cibreo.

The 24th Annual Harvest for hunger campaign kicked off at the Cleveland Food Bank with the goal of feeding thousands of people in need in our community.

Representatives from groups within the community joined Mayor Frank Jackson for the Saint Luke’s Hospital Transformation Event, to display the new east wing.

City leaders and Group Planning Commission Officials joined together to announce that Cuyahoga County has agreed to issue bonds to help fund the transformation of Public Square, just in time for the 2016 Republican National Convention

The Mighty Scarabs: The story of a group of friends, former High School Basketball Champions, whose lives have changed since that very day.

State of the Ward Address

Getting ready for Dyngus Day.

The Sadist: Three people driving into Los Angeles for a Dodgers game have car trouble and pull off into an old wrecking yard where they are held at bay by a bloodthirsty psycho and his crazy girlfriend (1963).