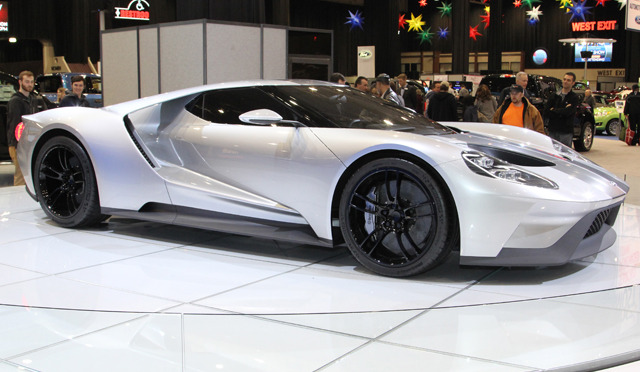 Below is a complete listing of what is airing this week on TV20: We Are Cleveland, as well as our Weekly-News-Wrap-Up video!

M.O.U SIGNING
The First Amendment to the Memorandum of Understanding, regarding community benefits and inclusion was recently signed by Mayor Frank Jackson and other City Officials to help further the education of students in the Cleveland Metropolitan School District.

Cleveland tested out their new Pot Hole Killer on the City’s east side with Officials on hand to answer questions regarding how this will benefit our Community.

The renovation of Public Square has begun, which means there are changes to your normal commute. As stated on the Cleveland City Hall Blog, during this renovation, Ontario Street and Superior Avenue within the square will be closed to all traffic. The surrounding Public Square roadways and Rockwell Avenue will offer access to bus traffic and local vehicular traffic only.

The Central Neighborhood Clinic at the Care Alliance Health Center recently held its grand opening. Mayor Frank Jackson was joined by Councilwoman Phyllis Cleveland and other City Leaders to discuss its importance.

Seven Cleveland Firefighters were recently promoted to their new ranks at a Swearing In Ceremony held at Cleveland City Hall. The Oath of Office was administered by the Honorable Mayor Frank Jackson.

The 31st Annual Firematic Flea Market Event was held at the Fire Training Academy and brought together vendors from around the Country to raise money for those in need, while showcasing valuable fire items.

CEO of the Cleveland Metropolitan School District, Eric Gordon met with President Barack Obama to discuss efforts to strengthen education in City schools. The meeting gave Mr. Gordon along with members of the great City schools a chance to discuss the progress of the Cleveland plan, the importance of maintaining funding that is critical for our future success and the importance of continued investment to help all children succeed.

The United Way of Greater Cleveland hosted their Annual Meeting at the Renaissance Cleveland Hotel. United Way Representatives and Community Leaders highlighted their work to build a healthy Community for adults and children and also unveiled the campaign results of 2014.

The Cleveland Auto show was back again at the IX Center. Car enthusiasts had a chance to check out the latest in automotive design.

EarthFest is the longest running Earth Day celebration in the Nation, and is also Ohio’s largest environmental education event. This year it will be on Sunday, April 19th once again at the Berea Fairgrounds. The Earth Day Coalition has partnered with Mayor Jackson’s Sustainable Cleveland 2019 Initiative for the event and will celebrate the Year of Clean Water.

Summer is only a few months away, which means the planning process has begun in University Circle for the Annual Parade the Circle and Wade Oval Wednesdays! If you are a food vendor, or if you would like your band to perform at either event, you can pick up an application at University Circle’s main office located at 10831 Magnolia Drive or go to their website, university circle dot org. The deadline to apply is April 30th.

Cleveland is well-respected in the culinary world. We’ve been recognized by Food and Wine Magazine and we even have a few James Beard Foundation winning chefs. Recently we celebrated Downtown Cleveland Restaurant Week and TV20 checked out a few of the participating spaces. We’ll be showing them to you in a three-part series. This week is reporter Christian Patterson at Red the Steakhouse.

The Go Red For Women Event

The City of Cleveland “Go Red For Women” A Salute to Women’s Health Event was held in the City Hall Rotunda and provided free health screenings, heart healthy information and inspiration for the men and women in our Community.

To Celebrate Black History Month, as well as the history and future of radio, an event was held at the New Bridge Cleveland Center, and featured a panel discussion with two long-time African-American media personalities

Today’s guest: Chief of Sustainability for the City of Cleveland, Jenita McGowan.

Presiding over this week’s cases is The Honorable Judge Michelle Earley.

Interviews with the cast of The Mighty Scarabs, a play held at the Karamu House.

The Mighty Scarabs: The story of a group of friends, former High School Basketball Champions, whose lives have changed since that very day

Earth Vs. the Flying Saucers: Extra-terrestrials flying in high-tech flying saucers contact scientist Dr. Russell Marvin as part of a plan to enslave the inhabitants of Earth (1956).