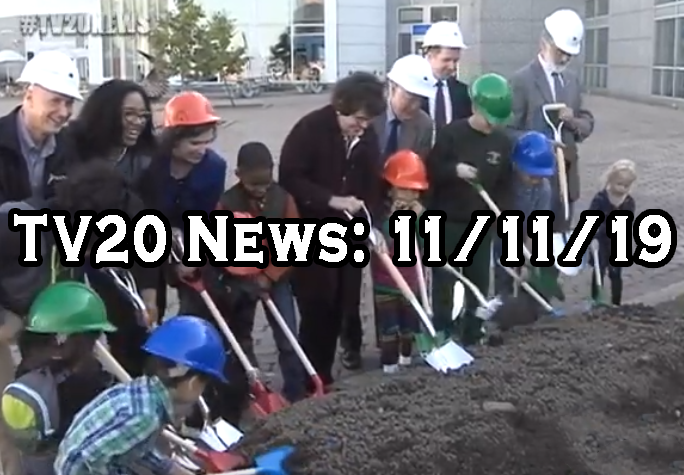 Welcome back for this episode of TV20 News – Week of 11/11/19! Be sure to subscribe to TV20’s official Youtube channel to stay up to date on all things Cleveland!

Ward 5 Councilwoman Phyllis Cleveland gave an update on her Ward to a crowd at the Vocational Guidance Services Center.  In her remarks, Councilwoman Cleveland, now serving in her 14th year, spoke on many topics affecting Ward 5; including crime.

The Cleveland Division of Fire honored some if their own at a celebration in the Cleveland City Council Chambers. Multiple firefighters were honored for their heroic actions throughout the year as well as some Cleveland citizens for their support and dedication to the Division.

Cars lined up outside the Cleveland Division of Police’s 3rd District Headquarters to trade in their guns and rifles for gift cards good towards shopping and gas.  At least 150 guns were taken off the street during the buyback.

To celebrate the 150th anniversary of Cleveland’s Lakeview Cemetery, local businesses are doing their part to restore the historic architecture, while also providing some hands on experience.  The trades are in need of new apprentices to learn brick-laying and concrete restoration skills.

Sterling Neighborhood Resource and Recreation Center hosted a health fair to help educate the community on breast cancer and prevention tips.  Numerous vendors were on hand offering information and resources on the disease.

The Box Spot in the Kinsman Neighborhood held an open air farmer’s market to sell fresh produce and other merchandise to the community.  Ward 5 Councilwoman Phyllis Cleveland, who was instrumental in getting the Box Spot Opened, says there is a little something for everyone.

Cleveland Mayor Frank Jackson, along with some young boys and girls ready to play, broke ground on downtown Cleveland‘s First playground.  The new playground will be located just outside the Science center and available for use by anyone who comes downtown.