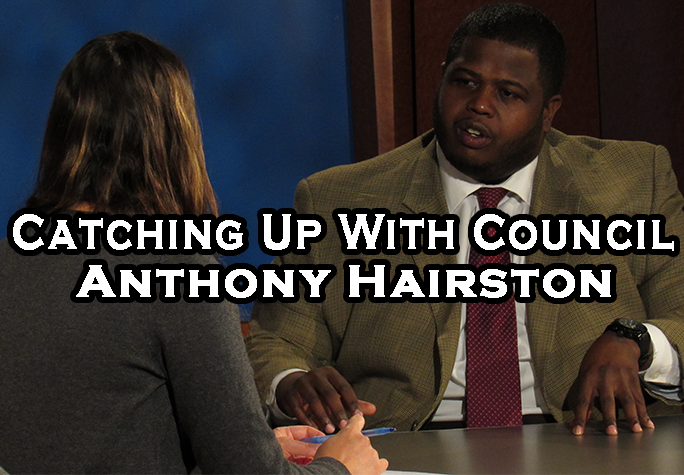 Welcome back for another episode of TV20’s Catching Up With Council! Be sure to subscribe to the TV20 Youtube channel to be the first to see all of TV20’s newest content.

In this episode, Leah Longbrake had a chance to sit down with Ward 10 Councilman, Anthony Hairston.

Councilman Hairston was born and raised just on the border of Collinwood and Glenville, both of which he now represents as Councilman, along with Nottingham Village, Euclid Park, and the St. Claire-Superior neighborhoods.

Councilman Hairston invites all his constituents to email him with any concerns they may have with the ward at AHairston@ClevelandCityCouncil.org or call his office at 216-664-2323. You can also follow the Councilman on Twitter, @HairstonCCC10

Once you’re finished with this episode, be sure to catch our last episode with Councilman Kerry McCormack! Catching up With Council, only on TV20!

Anthony Hairston, Catching Up With Council