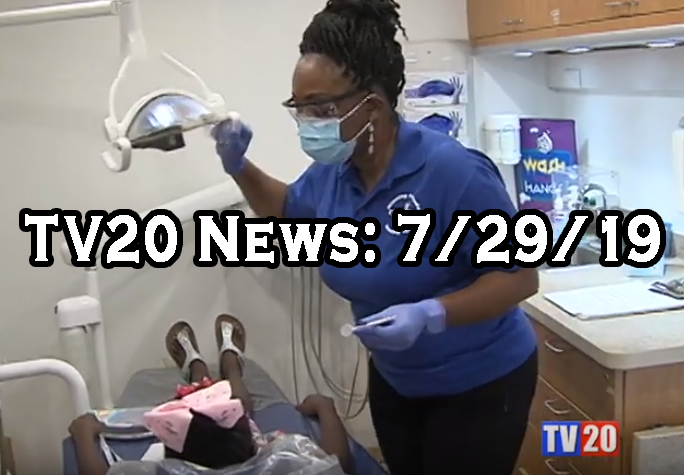 Don’t forget to subscribe to TV20’s official Youtube channel to stay up to date on all things Cleveland!

The City of Cleveland is launching a new program that mixes STEM and BMX Bike Racing at several resource and recreation centers, and it all started at Camp George Forbes. Champion BMX Racer Justin Posey visited the campers at to sign autographs and talk about the ups and downs of his career as a BMX racer.

Opening of Center for Dialysis Care (3:20)

The New Center for Dialysis Care East Building was officially opened after 2 years of construction.  You may already be familiar with CDC, as President and CEO Gary Robinson says they’ve been in the Cleveland area for nearly 50 years.

A new collaboration between Councilman Basheer Jones and a local company, may soon get medical supplies to those who need it. Med Wish, a local non-profit that re-purposes medical supplies to be used for humanitarian aid, and Ward 7 Councilman Basheer Jones teamed up for a very important announcement that affects not only residents of Ward 7, but Clevelanders in General.

Residents in Ward 2 had an opportunity to get free health screenings at the Annual Southeast Community Health Expo. Councilman Kevin Bishop tells us why events like this are so important.

Brand new homes are coming to the Buckeye Neighborhood and it’s all thanks to Habitat for Humanity. The symbolic groundbreaking kicks off the construction of 10 new homes on Grandview Avenue, but Greater Cleveland Habitat for Humanity President and CEO John Habit says this is just the beginning.

Aircuts and Day Spa is a first-of-its kind salon at Cleveland Hopkins International Airport and the only establishment that is locally owned and operated.  Here you can get a haircut, a massage, your hair styled or a mani-pedi.

After a several year absence, the tall ships had finally returned to Cleveland. The Northcoast Harbor looked like a scene from Pirates of the Caribbean as multiple ships docked there waiting for curious onlookers to explore. Mayor Frank Jackson was also on hand to welcome the tall ships back to Cleveland.

The City of Cleveland’s Third District Police Community Relations held their annual Safety Fair and Kids Fest at Arbor Park. Cmdr. Dorothy Todd, Cmdr. Johnny Johnson, and Councilwoman Phyllis Cleveland tell us why this event is vital for the community.