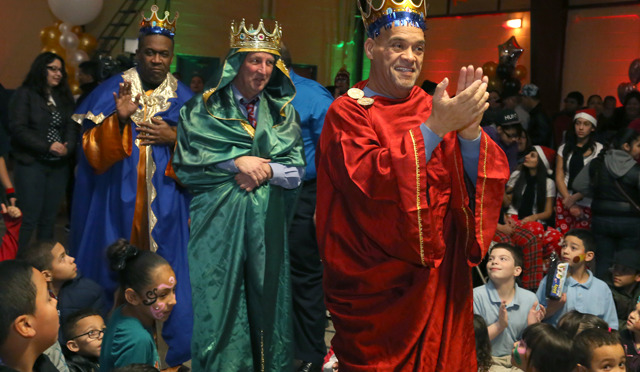 As the winter months continue here in Cleveland, there are always a great number of events to cover and attend! Here is a list of some of those to get you through the “winter blues.”

The graduates of the 133rd Cleveland Police Academy class were recently sworn in at the City Council Chambers. This group of men and woman also had another very special honor of having the highest academic scores in our City’s history. Congrats to all of you, that is an amazing accomplishment!

Public Safety Director, Michael McGrath was joined by Mayor Frank Jackson to give their praise and appreciation for these outstanding individuals, and also touched on the importance of having the right moral support system.

The 7th Annual “Fiesta De Reyes” also known as “King’s Day”,  Event was held at the Community Care Network Center. This great event is celebrated in Hispanic Communities and is somewhat of a tradition. The main purpose is to come together and praise the arrival of the 3 Wise Men.

Along with joining for that purpose, “Fiesta De Reyes” also provided gifts for children, and featured games and music.

Well-known comedian Steve Harvey is one of Cleveland’s own, and recently members of the Community joined Mayor Frank Jackson in the neighborhood where Steve grew up, to re-name East 112th Street in his honor! He has had many break-out roles and has been an advocate here in our City, so this new honor is only fitting for him!