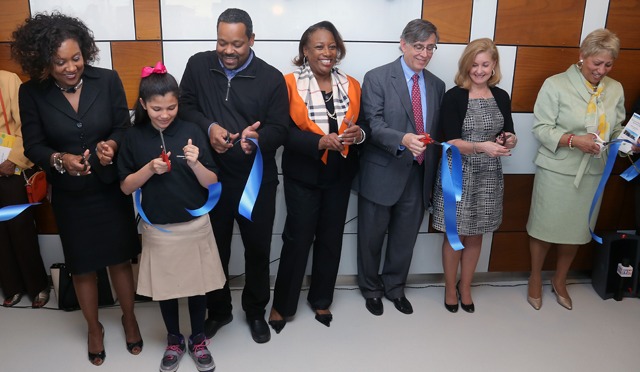 Below is a complete listing of what is airing this week on TV20: We Are Cleveland! As well as our Weekly-News-Wrap-Up Video in its entirety!

The final installment of Cleveland State University’s 50th Anniversary Presidential Forums featured a conversation with a distinguished panel of Mayors, and other community leaders, including our very own Honorable Mayor Frank Jackson. The event reflected on the progress of American cities through black elected leadership and its importance.

Since 1996, City Year Cleveland has had a profound and powerful influence on the lives of thousands of children. More than thirteen hundred members have graduated from City Year Cleveland delivering over 2 million hours of service. The 19th Annual Rock the Red Jacket Gala was a celebration of those members who rock red every day to change the lives of the students they serve.

Jet Blue airways recently launched a new service from Cleveland Hopkins International Airport, with twice daily flights to Boston and daily flights to Fort-Lauderdale. It is the third significant addition to the air service lineup at Hopkins since early last year. A Ribbon Cutting Ceremony was held to Celebrate the Announcement.

Mock trials have been taking place in Cleveland for the past 19 years giving law students the opportunity to be in different roles in the court room. Some of those students were recently recognized at the Mock Trial Competition, sponsored by the Cleveland Municipal Court and the Cleveland Bar Association.

The mission for Eliza Bryant Village is to provide quality service, outreach programs and a dignified, compassionate and secure environment for seniors. Community members came together to cut the ribbon on the newest addition to the village- a dialysis center, which will now provide inpatient care for those in need.

Where the River Burned is a new book by brothers Richard and David Stradling. The book examines Cleveland’s transformation from industrial and polluted to a practical service during the Stokes administration, and how the Cuyahoga River fire of 1969 created environmental change. The authors joined Ward 10 Councilman Jeff Johnson along with other local experts for a panel discussion about the book, and their personal memories of this time in Cleveland.

The Reforest Our City Program aims to restore Cleveland’s depleted tree canopy and to help teach children the importance of the environment. Students and volunteers from the neighborhood, Union Miles Development Corporation and the Office of United States Representative Marcia Fudge gathered to plant 20 trees at Miles Park School. The garden is now named after Bob Deskins, an employee of Lightning Demolition, for all of his hard work and efforts in the project.

Arbor Day is a holiday in which individuals and groups are encouraged to plant and care for trees, and is celebrated annually in the United States on the last Friday of April. Community activists joined together at a celebration held at William Cullen Bryant Elementary School to discuss the importance of this day in our community.

Lincoln at Cleveland 2015 is a three-month tribute to our 16th President focusing on his remarkable legacy. The Cuyahoga County Soldiers and Sailors Monument recently held a solemn procession for the 150th commemoration, which went from the steps of City Hall to Old Stone Church. The event represented the grief of the citizens of Northern Ohio, as the President passed through Cleveland on his final journey home.

COOKING AND CONVERSATIONS WITH COPS

The Community Relations Board recently hosted the “Cooking and Conversation with Cops” event that took place at 5 Points Community Center. Young woman from around the community gathered together to hear encouraging words and learn how to build stronger relationships together.

The Cleveland Fire Department went to the Greater Cleveland Aquarium to show students from Case Investment School what their diving team does first hand.

The City of Cleveland Department of Aging knows how confusing the social security process can be, especially for seniors and those reaching retirement age, so director of the Department of Aging, Jane Fumich, invited Brandon Smith who is a Public Affairs Specialist for the Social Security Administration to clarify some of the most common questions and concerns we may have.

Host Errol Porter sat down with representatives from the Asian Festival, Johnny Wu and Lisa Wong to discuss the upcoming event.

The new Human Resources Chief for the City of Cleveland and the Groundbreaking Ceremony for Fire Station #36.

Showcasing job listings in the City of Cleveland.

Cleveland School of the Arts VS Glenville High School

My Man Godfrey: A scatterbrained socialite hires a vagrant as a family butler…but there’s more to Godfrey than meets the eye (1936).